In the 60s Spring league we sadly lost two clubs who were inaugural members of the GMWF League, Chadderton FC and Nash Amblers. Chadderton lost their organiser and no one was willing to fulfil the role. Ageing players took it’s toll on the Amblers and they hadn’t the squad numbers to continue in the 60s league. Third Space Seniors also dropped out of the 65s league as they failed to register by the time deadline.

The 65s Spring league consisted of fifteen teams and Bury Relics came out winners by a goal difference of two over Rochdale AFC Strollers who again finished runners up.

Seven teams contested the first ever over 70s league in the country and Preston North End Senior Whites were the winners with, yes you have guessed, Rochdale AFC Strollers finishing second.

Ten teams in two groups of five took part in the annual Martin Dawson Trophy, with Sheffield WF beating Manchester Corinthians on penalties in the final.

The GMWF Autumn League saw new teams Moston Brook FC, Northgate Rovers and Uppermill FC join the 60s league with
Man City B dropping out due to lack of players. Mancon had a change of name to Salcom.

All the divisional winners and runners up for 2019 are shown on the GMWFL Honours page.

The GMWF League were winners of the Rochdale Borough Sports Initiative Award in September and went through to the Greater Manchester Award contested by the 10 boroughs. We didn’t win unfortunately but still had a good night in November at an excellent venue at Old Trafford Cricket Ground, which was attended by over 500 people. 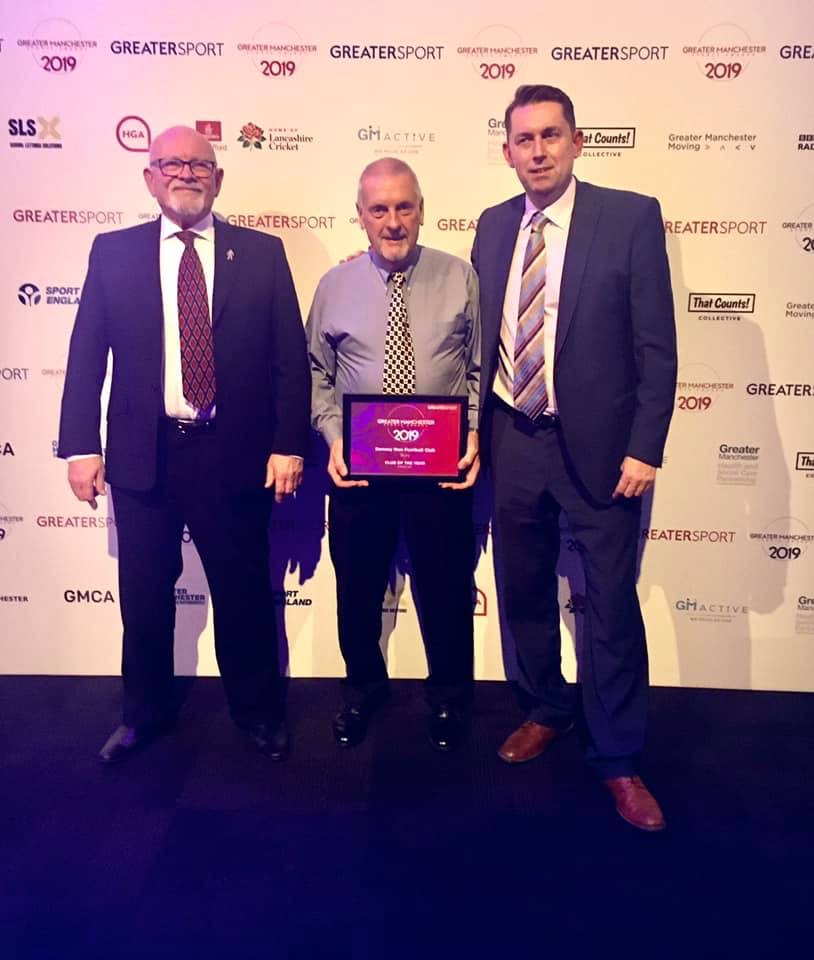 All in all it’s been a successful Autumn season with half the number of cards issued in comparison to the Spring season. Long may that continue. A massive thanks to our excellent band of referees, without who we couldn’t possibly continue to be as successful as we have been.