Manchester Walking Football 70s June 2019 was the fourth and final session of the Spring League, the first over 70s walking football league in the country.

Fortunately we had a dry day for the ‘Golden Oldies’ and the twenty one, ten minute fixtures produced fifteen goals.

Preston North End Senior Whites, leading the table by one point in May over Bury Relics, gained another eleven points to finish top of the table with three wins, two draws and the one loss.

Rochdale AFC Strollers, in third spot in May, had a better day with two wins, two draws and two defeats. The Strollers finished in second spot five points behind the Preston team.

Third spot went to Tameside Striders, on the same thirty three points as Rochdale but with an inferior goal difference. The Striders impressed with three wins and three draws and who knows where they might have finished with better form in previous months.

Bury Relics, in second place one point behind Preston after the May session, could only add another six points to finish in fourth spot. One win, three draws and two defeats just wasn’t good enough for the Relics and I am sure they will be very disappointed at the outcome.

AFC Blackpool Senior Seasiders, in sixth place in May, had a good day and moved up to fifth spot in the table with two wins and four 0-0 draws.

Man City, in fourth place in May, had a bad day and could only add five points to their total with one win, two draws and three defeats. The City team finished in sixth spot.

Mancom finished at the foot of the table, with two points added to their May nine. Two draws and four losses made it a disappointing day for Manchester team, who nevertheless always seem to enjoy the sessions. 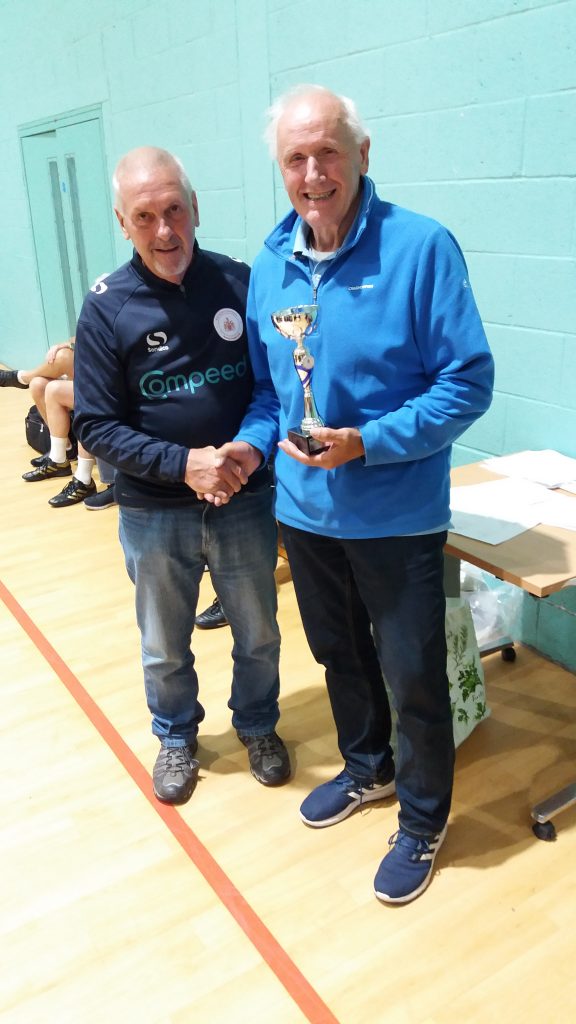 There is not a great deal of difference in all the teams abilities in this 70’s Division, only ten points after twenty four fixtures separated the top six teams. Hopefully, in the Autumn season we will have enough teams to form two divisions where we can revert to fifteen minute games and use all four pitches.

If you were told in your 20s that you would still be playing football in your 70’s, you would have thought the person saying it was deranged. Life is strange and this sport has made a hell of a difference to the older generation’s lifestyle and long may it continue. Next up, the over 75’s league!