The second Manchester Walking Football Over 70s Cup Tournament was played at the Heywood Sports Village on Thursday 8th November 2018. It was played with the usual Autumn mixture of rain and a cold wind to test the players involved.

Some very skilful ageing footballers were on show. With the younger generation showing less and less interest in traditional amateur league football, these guys cannot get enough of bringing back their youth in a sport they still love. Long may it and themselves last. 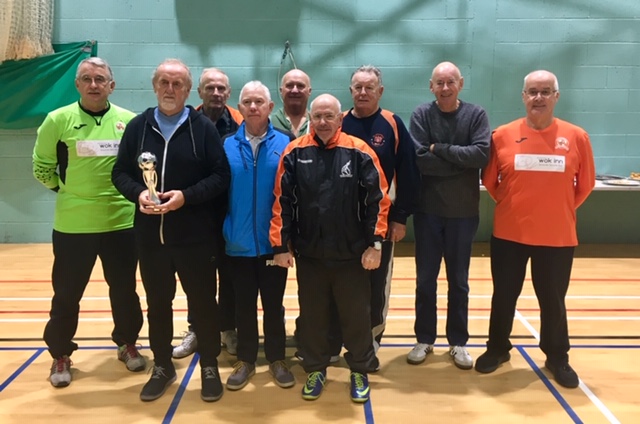 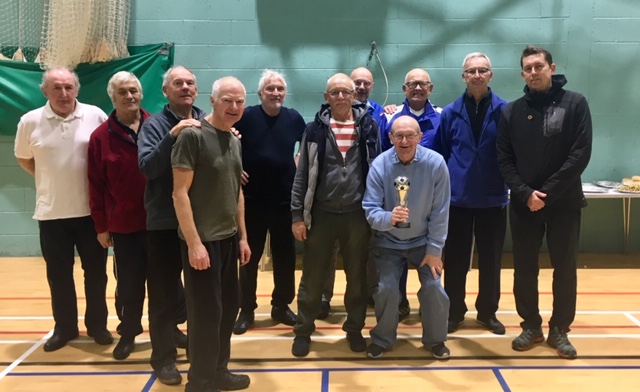 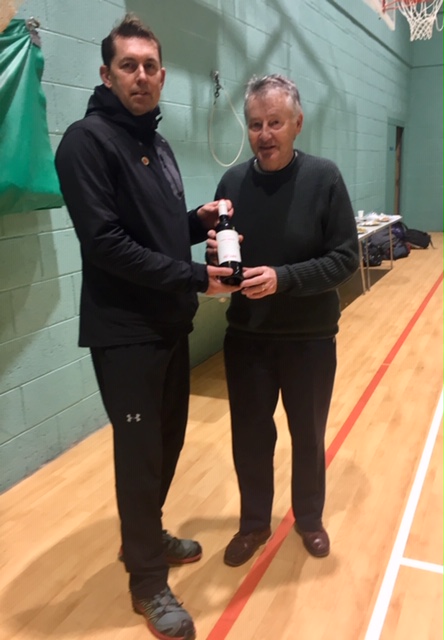 Pat Fitzgerald Of Bury Relics Who Won The Fair Play Award Receives A Bottle Of Wine From Paul Gardner. 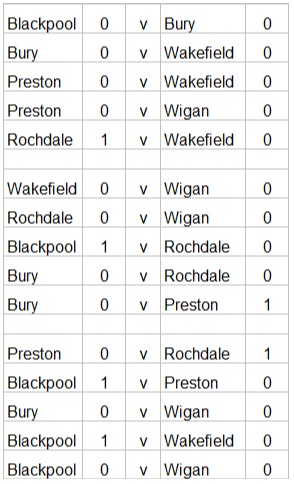 After a round robin series of matches which saw all the teams play each other it was congratulations to AFC Blackpool Senior Seasiders the Manchester Walking Football Over 70s Cup Tournament winners. Rochdale AFC Strollers were runners up. Congratulations to all the teams who took part in what was a very successful day of walking football for the older players. As expected, physicality was at a minimum and running was generally limited to a few offences. It seems the older the competitor, the more sensible they become. 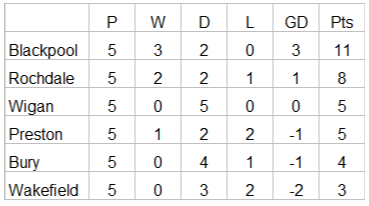 The referees choice for the fair play award went to Pat Fitzgerald from Bury Relics, well done to Pat who is pictured receiving a bottle of wine from Paul Gardner.

A special thanks to Steve Colesby for arranging the fixtures and score sheet for the event and to Bill Murney for all his hard work communicating with teams before the day’s event. He was missed on the day but we look forward to his return next week. Thanks also to Matt Howells, who stepped into the shoes of Barry Woodburn to sort registration and collect the scores on the day. Without the input of people like these we couldn’t hope to make the day a success.