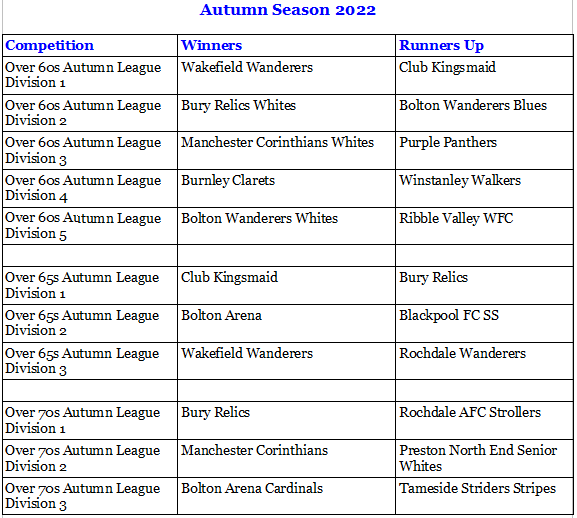 Normally we raise money for the Stroke Association with our end of season raffles and donations. Following the incident with Ian Thomasson in the Isle Of Man in November, it’s been decided that this season we will donate to the British Heart Foundation.

Ian attended the over 65s session today, 12th January, and looked really well considering what he has been through. He expects to play again in the Spring season.

The total raised in the GMWFL Autumn season is now £890 and Chairman Paul Gardner will present the donations to the BHF next week. The Isle of Man teams have donated £110 to bring the final total to £1000. 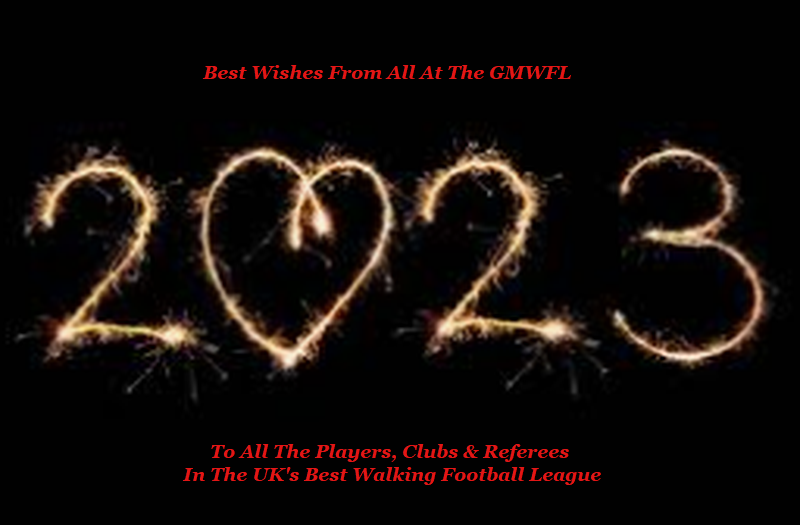 The Team Registration Forms for the over 60s, 65s & 70s have been emailed to all clubs. They are also available to download HERE. The deadline for registration is Saturday 21st January and payment by Tuesday 31st January.

Registration forms have been emailed to all GMWFL clubs for entry into the Walking Football Leagues Alliance National Cup in 2023. As clubs affiliated to the FA, GMWFL members are eligible for this competition involving teams from all across England and Wales. The deadline for entry is 15th January 2023 and the Registration form and Tournament Guidelines can be found on the WFLA website.

During the GMWFL trip to play the Isle Of Man 65s, one of our players, Ian Thomasson, suffered a cardiac arrest. The incident shows the need for all teams and venues to have a defibrillator. All at the GMWFL, teams and officials wish Ian a full and speedy recovery. The full account is HERE. 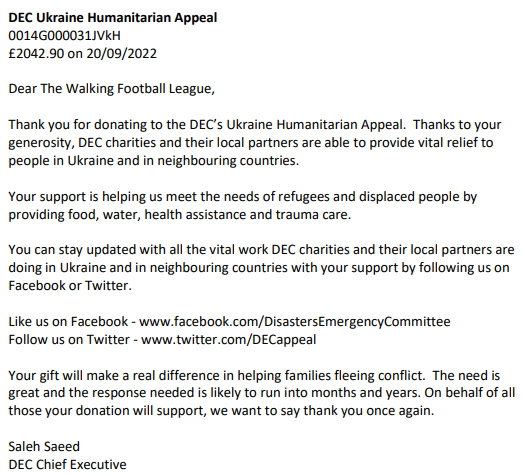 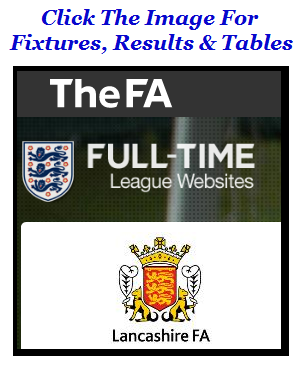 Podcast On The GMWFL & The Health Benefits Of Walking Football 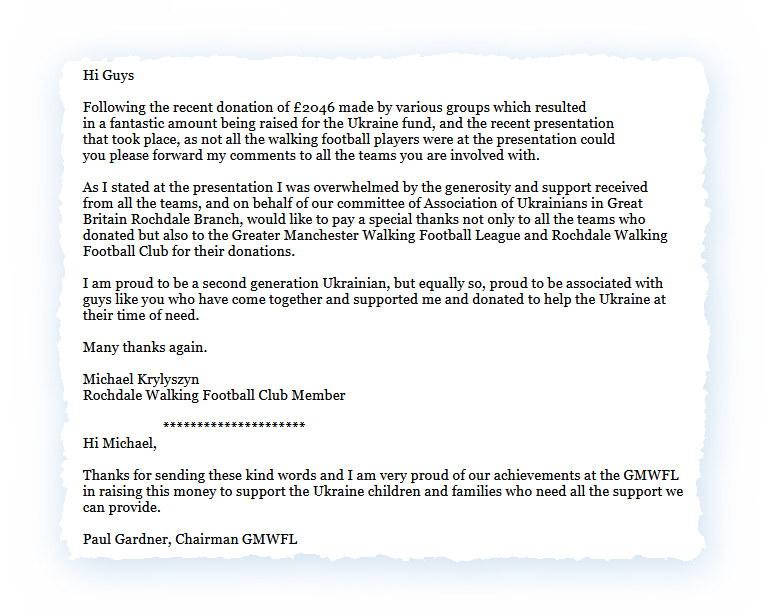 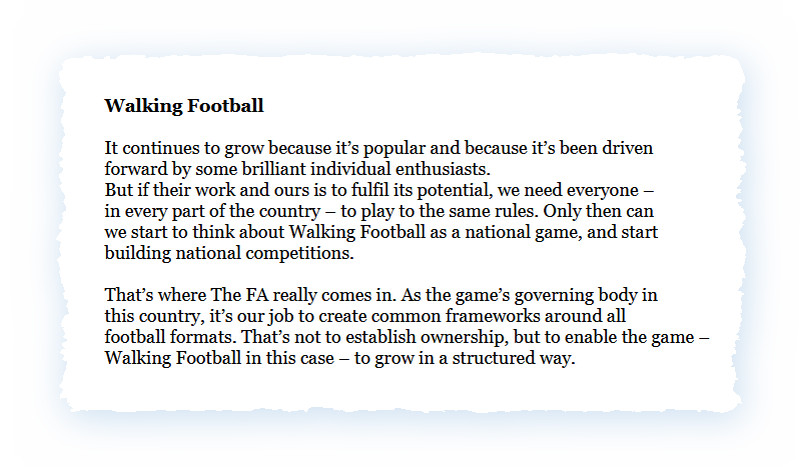 With donations from Manchester Corinthians WFC and Rochdale WFC who each donated £260, plus a donation of his match fees by GMWFL referee Mike Willmore, the total raised is £2046. A presentation was held before the league session on Thursday 21st April. 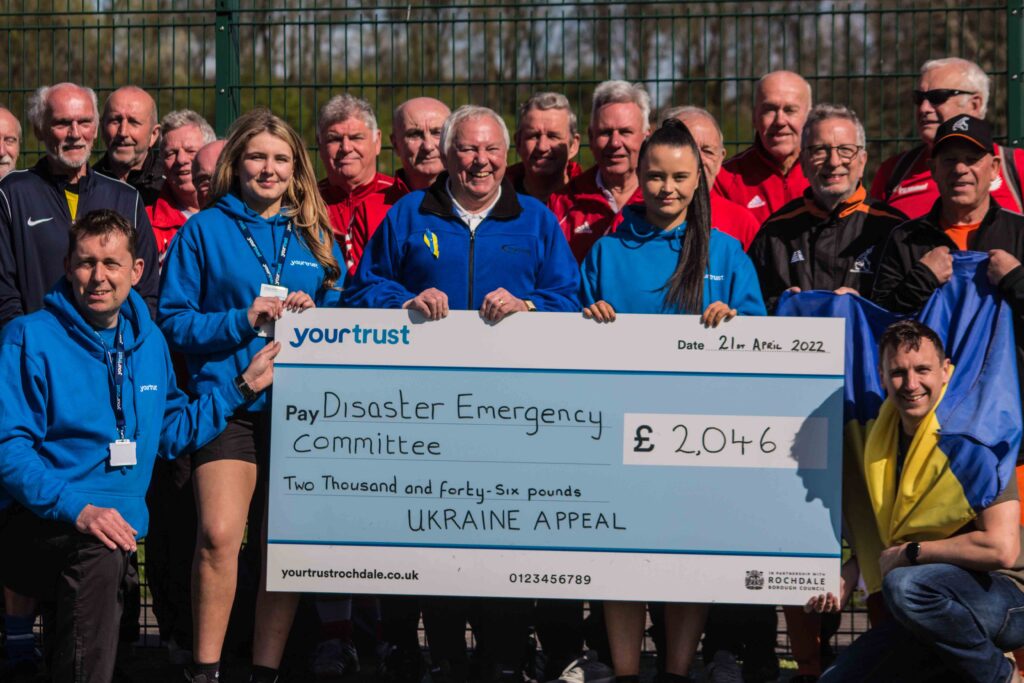 Chris Vickers of Salcom has written an article mentioning the GMWFL, it can be read HERE. 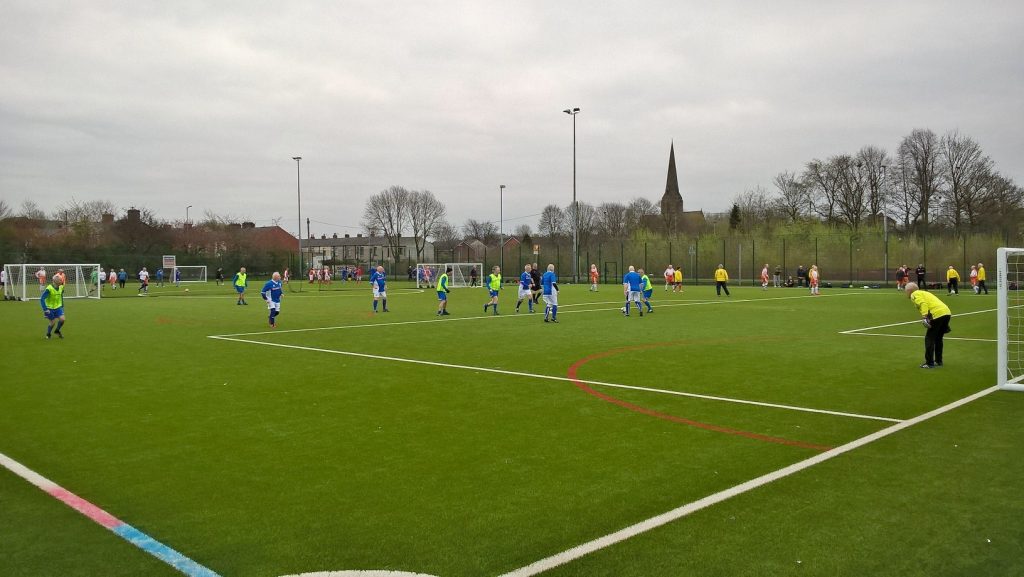 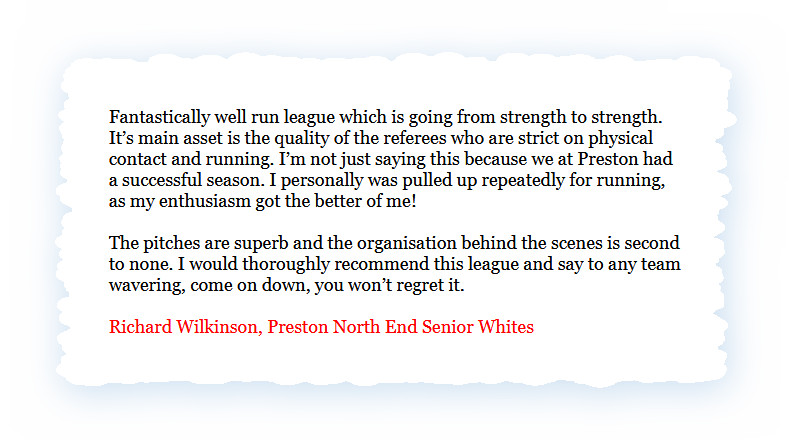 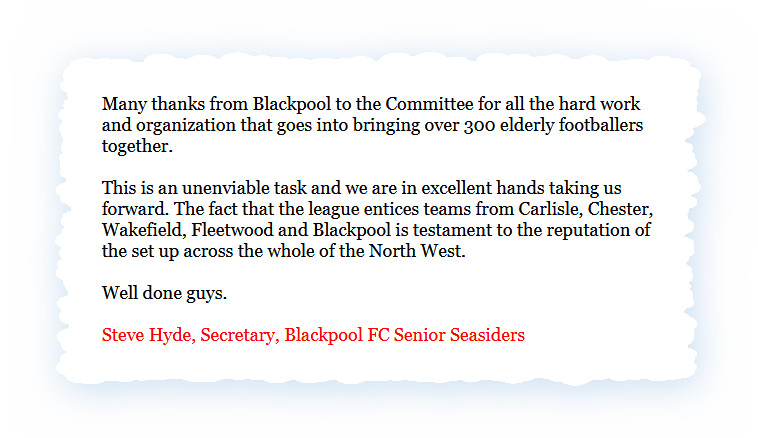 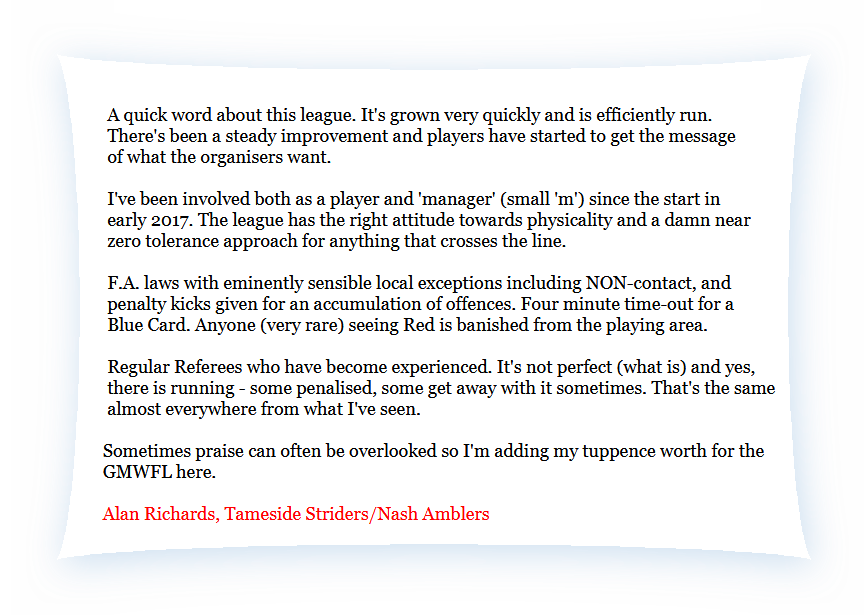