The Manchester Walking Football 60s June 2019 session was the final session of the Spring league. It was played in fine weather and a total of thirty six goals were scored, the most scored in all of the Spring sessions. Fifteen in Division 1, twelve in Division 2 and nine in Division 3.

Chorley FC Magpies, in second spot in May, only added three points to their total with three draws and one loss and finished in third spot.

Nash Amblers, who have been stuck in fourth position in all the Spring league tables, finished in that spot with one win, a draw and two losses. At least they retain their spot in the top division.

Chadderton FC WF, similar to the Amblers, stay in fifth spot as they have been all season and are relegated to Division 2 for the Autumn season. They only gained one point with three losses and the one draw. Goals for has always been their weakness, scoring only three goals all season.

Division 2 finished with only five points separating all five teams. Bury Relics in bottom spot and eight points behind the leaders in March, reduced it to six points in April, then took the lead in May. The Relics finally won the division by a two point margin over second placed Bolton Wanderers Walkers. Bury won one, drew two and lost one, while Bolton won one, drew one and lost two.

In third spot are Fleetwood Town Flyers, one point behind the Bolton team. The Flyers had one win, one draw and two losses. Fellow Fylde coast team AFC Blackpool Senior Seasiders drop down into division 3. Three points ahead of Man City ‘A’ after the May session, one win, two draws and one loss wasn’t enough to make them safe.

Man City ‘A’ had a great day with three wins and the one loss, to just edge above the Seasiders by a one point margin, and retain their position in division 2.

Division 3 was already done and dusted after the May session with Manchester Corinthians ‘A’, having an uncatchable sixteen point advantage over nearest rivals Northgate Strollers. That margin was retained with two wins and two draws, exactly the same as the Northgate side. The Corinthians are the only team in all divisions with an unbeaten record and no goals conceded.

Maccabi Old Codgers, like Nash Amblers and Chadderton FC WF in division 1, have been in the same position all season, in their case third in the table. With the one win, two draws and the one loss, they finished on seventeen points.

Rochdale Striders, with one win and three losses, finished in fourth spot on fourteen points. Roach Dynamos could only add two points to their total with two draws and two losses and are relegated to division 4 for the Autumn season. 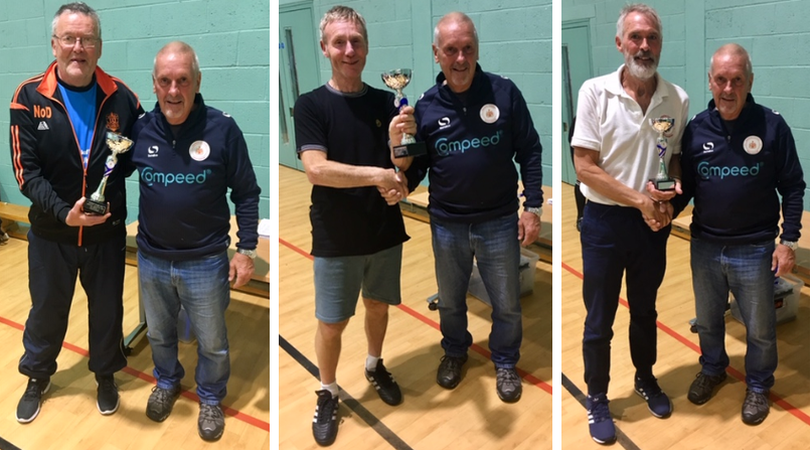 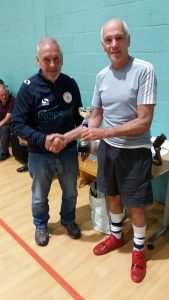 The ever improving Rochdale Wanderers had a good day with two wins and three draws to move up from fourth spot to third. Chorley FC Yellows finished on the same twenty six points as the Wanderers but lost out by a goal difference of one. Chorley won two, drew two and lost one to add eight points to their May’s eighteen.

THe Golden Boot award was shared by three players, all on seven goals. Bob Hartley (Rochdale AFC Strollers), Graham Walton (Bury Relics) and David Wandless (Wakefield Wanderers). All three were absent on the final day of Division 4 but Ken Buggie of the Bury team accepted it on behalf of Graham. Two other trophies will be given to Bob and David when we meet again in September.

All the results and tables can be found HERE and HERE.

Thanks once again to all our referees, who continue to do a fabulous job. It’s no exaggeration to say that we have probably got the best single group of referees in the country. Not many would contest that statement. 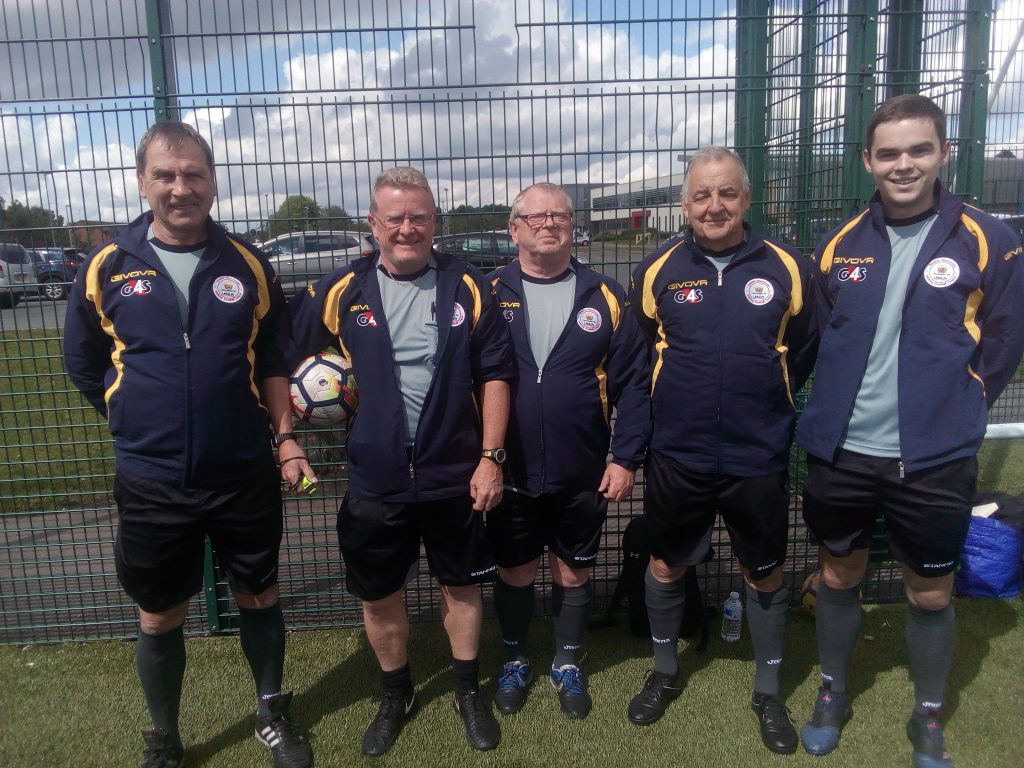