Well, what a dramatic day it turned out to be in this final session of the Over 60s Divisions 1 & 2 Autumn League. More so in Division 2 than in Division 1.

In Division 1 Wakefield Wanderers started off with a two point lead over Bury Relics at the top. Bury had a disastrous day gaining just two points from two draws and two losses, one a 4-1 defeat at the hands of the leaders.

Wakefield won all four of their fixtures and won the division by a massive twelve point margin over the Relics who came runners up. Rochdale AFC Strollers, seven points behind the Relics before today’s fixtures, narrowed that gap to two points to finish in third place with two wins, a draw and the one loss.

In fourth spot came Bolton Wanderers Walkers and bottom of the table were Chorley FC, who will now start the Spring season in Division 2. 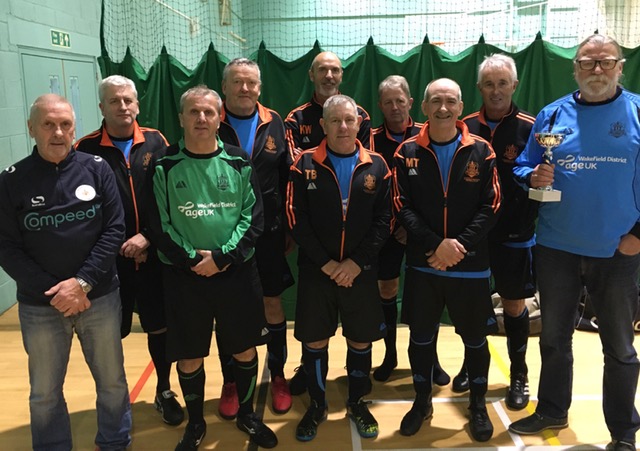 All the main excitement happened in Division 2. Man City were on twenty five points, Manchester Corinthians Reds on twenty one points and Fleetwood Town Flyers on eighteen points at the start of play. Man City were odds on favourites to win the division. You can never take anything for granted in football as events will show.

It’s worth running through how things unfolded as this turned out to be the most dramatic day the GMWFL has seen.

The first two fixtures were Manchester Corinthians Reds versus a strengthened Northgate Strollers and AFC Blackpool Senior Seasiders versus Fleetwood Town Flyers. The Strollers drew with the Reds and the Flyers beat the Seasiders. Which meant Fleetwood were just one point behind the Corinthians who in turn were three behind City, who also had a game in hand.

All three contenders played in the 11:20 slot, so this was going to be interesting. The Reds beat the Seasiders and the Flyers beat City which meant the Reds were now level on points with City and the Flyers, one point behind both.

Only City featured in the 11:40 slot and were up against a revitalised Northgate Strollers. The Strollers beat them 2-0 which meant it was still all to play for. The 12:00 slot pitted the Corinthians against the Flyers, a game that could very well decide who were champions.

It was an evenly matched affair when a deflected shot beat Ron Blakeley in the Reds goals, to give the Flyers three points after the Reds missed a penalty. So now it was Fleetwood leading City and the Corinthians by two points.

City drew with Blackpool in the 12:20 slot, which put them on twenty six points, one point behind Fleetwood and one ahead of the Corinthians.

Anything could happen now and the final 12:40 slot pitted Corinthians against City and Fleetwood against Northgate. 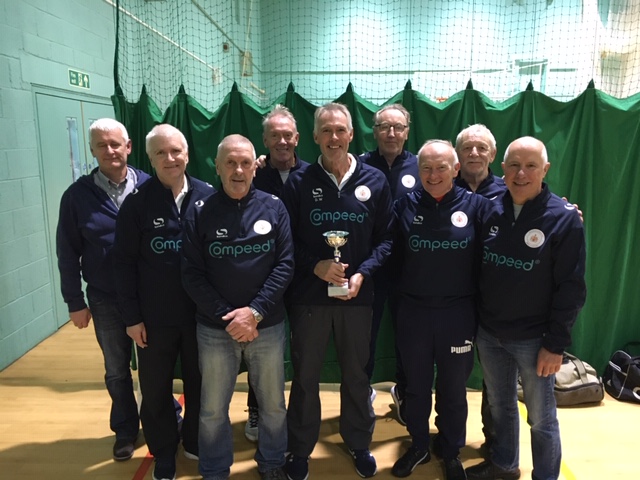 All teams in this division would have no problem playing in Division 1, they are all strong outfits, only Blackpool’s inability to score lets them down.

Played in atrocious weather conditions, all the fixtures in this final session of the 60s Autumn league Divisions 3 & 4 were completed on 12th December, election day. Despite not having the normal facilities in the Heywood Sports Village all teams cooperated admirably and made the best of it they could.

Manchester Corinthians Whites had already won Division 3 in November, so it was a question of who would be runners up. Preston North End Senior Whites had a three point lead over third placed Maccabi Old Codgers, who in turn led Rochdale Striders by one point, so it was still all to play for.

Preston had a very disappointing day, picking up a single point, while hot on their heels Maccabi added eight points to their November thirteen to become runners up, with a four point advantage over Preston who finished third.

Rochdale Striders, who picked up three points stayed in fourth spot. Roach Dynamos, who looked certainties for relegation in November, had a much improved day, picking up six points to finish two behind the Striders, which unfortunately wasn’t quite good enough to avoid the drop. 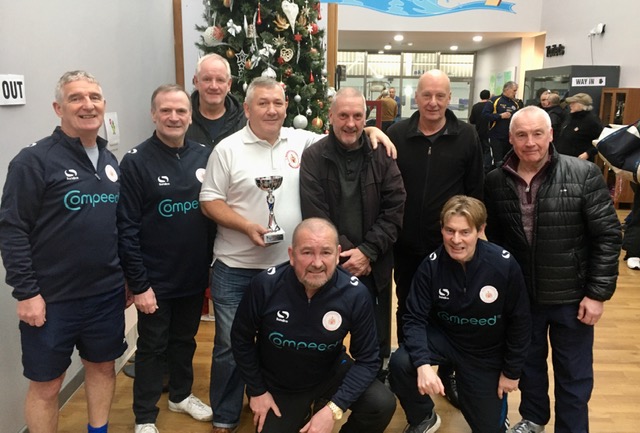 In Division 4 Salcom and Northgate Rovers, both on twenty seven points in November and ten points ahead of third placed Moston Brook FC, had very different days in this final session of the Autumn league.

Uppermill FC were today’s surprise package, on bottom spot with eleven points. they picked up another eleven to finish in fourth spot. If they had shown that form earlier in the season, who knows how high they would have finished.

Both Moston Brook FC and Chorley Yellows had bad days, only gathering three points each. Moston finished in fifth spot while Chorley finished bottom of the table.

With it looking highly likely that we will be adding a fifth division to the 60s league next Spring, now that we have more pitches and day slots available, Chorley will play in that division. With five teams in Division 4, fixtures will revert to the normal fifteen minute game time. 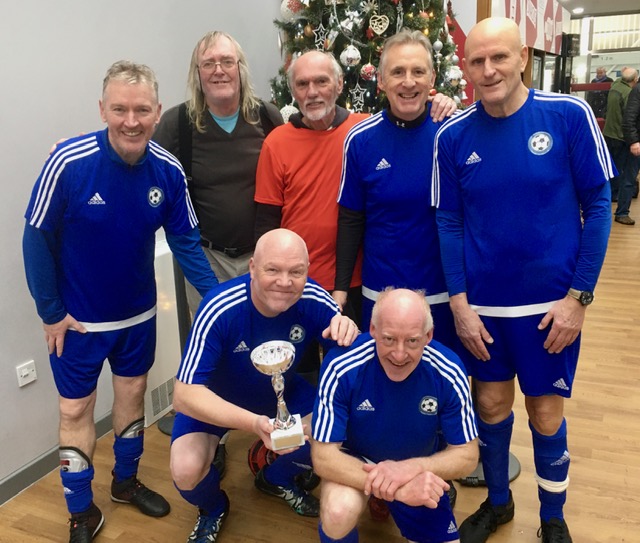 We hope all the new teams in Division 4, Salcom, Northgate Rovers, Moston Brook FC and Uppermill FC have all enjoyed the experience and will join us again next March, for what promises to be another exciting season in all divisions and age categories.

After the recent dreadful weather, at last we had a dry and reasonably warm day at Heywood.

In Division 1 Bury Relics started with an eight point lead over second placed Man City. The Relics only managed to pick up six points, while City could only manage two points. So the Relics won the division by a twelve point margin.

Salcom finished third, one point behind City after adding five points to their total, while Tameside Striders who also picked up five points, finished in fourth spot. Looking doomed for relegation at one point today, they scored a last minute penalty to retain their position in the top division.

Rochdale AFC Strollers, winners of the 2018 Spring and Autumn leagues and runners up in this years Spring league, finished bottom, one point behind the Striders and find themselves in Division 2 next year. Although they picked up eight points on the day, the best haul in Division 1, it was all too little too late for the ex champions. 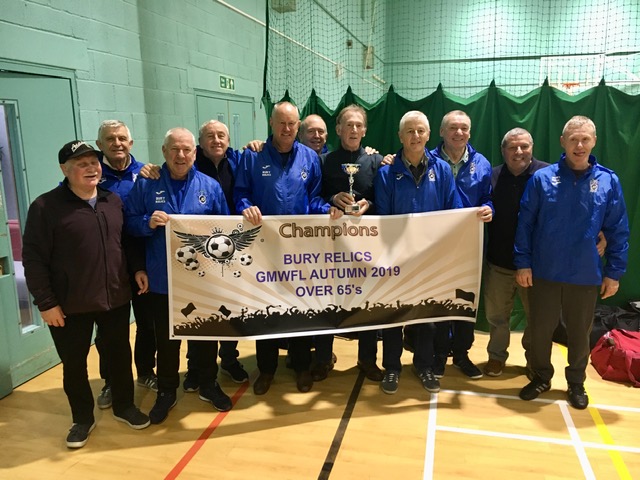 With a ten point lead going into today’s final fixtures in Division 2, Manchester Corinthians added eight points to their twenty seven to win the division by a sixteen point margin over second placed Preston North End Senior Whites, who only managed to collect two points.

Apart from Corinthians, AFC Blackpool Senior Seasiders had a good day collecting seven points to add to their seven in previous sessions of this Autumn league. Similar to Rochdale AFC Striders in Division 1, for the Seasiders it was again too little too late and they will start the 2020 Spring league in Division 3. 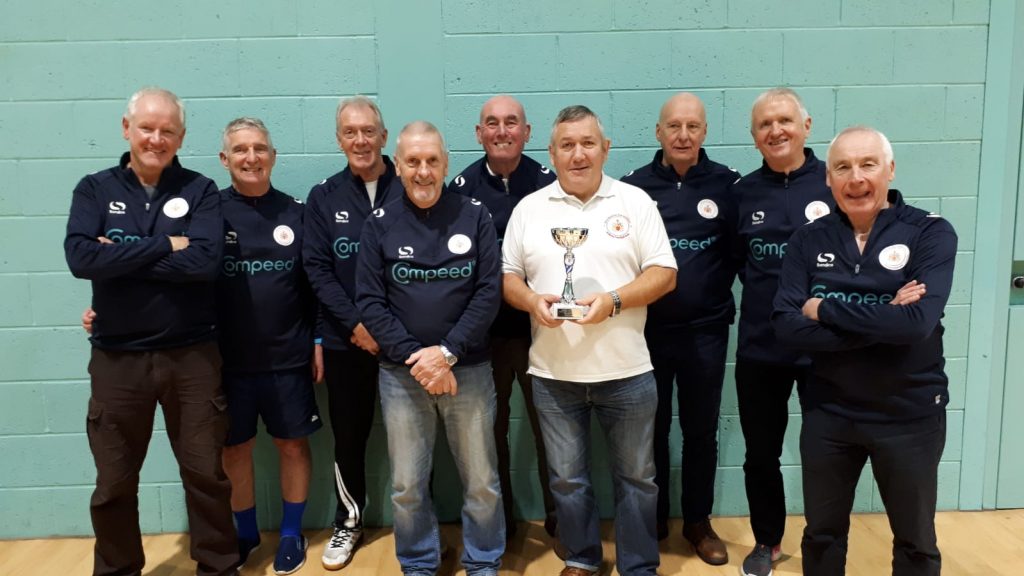 Due to the normal fixture date falling on Boxing Day, Division 3 was played on 9th January, and with a biting cold wind it was no place to hang around waiting for action.

Fleetwood Town Flyers on level points with Moston Brook FC in November won the division by a three point margin over Moston. Maccabi Old Codgers finished in third place, five points adrift of Moston. Wakefield Wanderers, in bottom spot in November, had a good day picking up seven points to leave them in fourth spot. Rochdale Wanderers finished bottom, only able to collect two points on the day. 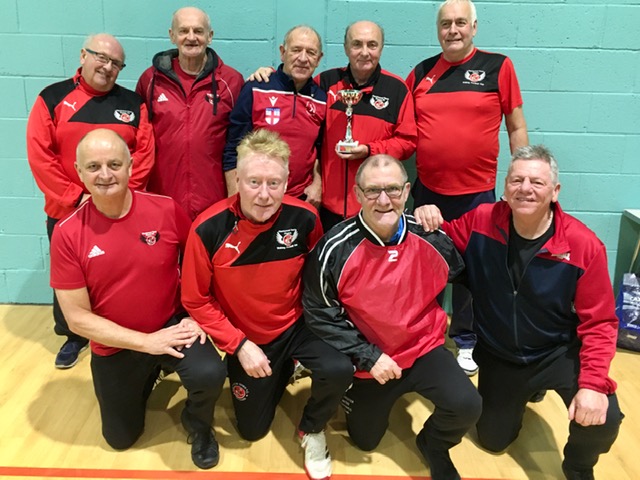 With no team of my own to manage today, I was able to have a decent look around at some of the newer teams in the league and of course at some of the long established teams. The most enjoyable was watching Rochdale AFC Strollers in Division 1 show their opposition how walking football should be played.

They had a four point lead going into today’s fixtures and won all their three games to win the division by ten points. It would be a good idea for any team with no fixture slot to have a look at the Strollers to see the standard they themselves need to aim for.

With Ron Blakeley unavailable in goals, Alan Thompson proved a capable deputy and their striker Terry Williams scored five goals in what must have been only twenty minutes on the pitch. The Strollers pass the ball about really well and always seem to have players in space to receive it.

Preston North End Senior Whites came runners up, five points ahead of Bury Relics. The Relics, five points adrift of Tameside Striders in November and looking doomed for relegation, picked up six of the available nine points to retain their first division status.

It was a terrible day result wise for the Tameside lads, with no points gained on the day. Apparently they had a player or two missing but must still be very disappointed to drop into Division 2 this Spring. It just shows how you can never be sure of anything in football. 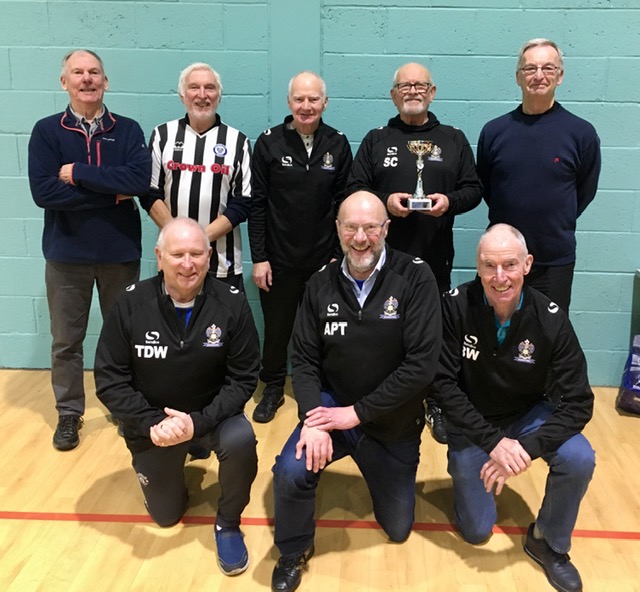 Division 2 saw AFC Blackpool Senior Seasiders and Man City fighting it out for the title. The Seasiders had a one point advantage going into today’s fixtures. They both drew their first games 0-0 and City had the same result in their second game.

Blackpool won their second game to have a three point lead over City, so it was all down to the head to head in the final fixture. City needed to win by two goals to claim the title, while a draw would be enough for the Seasiders.

Moston Brook FC, trailing Salcom by three points, had a good day picking up five points to finish third. Salcom only managed to collect a single point and finished in bottom spot one point behind Moston. 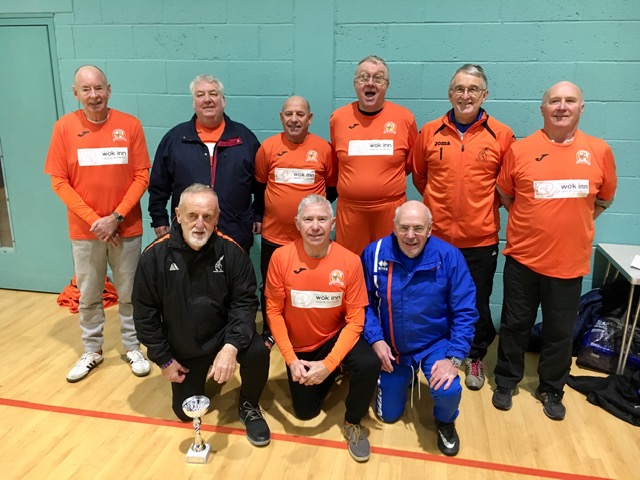 All the photographs of the Autumn league winners and runners up are in the Gallery.

Thanks to all our teams, team managers or organisers, and of course our great band of referees, probably the best collection of officials of any league in the country. We are also now the largest league for the different age categories and total number of teams and still growing thanks to a great venue, excellent referees and good organisation, long may it continue.