Divisions 1 & 2 were played on 2nd June. In Division 1 Club Kingsmaid took the title by a seven point margin over last seasons champions Manchester Corinthians Reds. Kingsmaid had one win and three draws with the former Champions having three draws and one defeat. Congratulations to the Kingsmaid lads, they were worthy Champions.

Rochdale AFC Strollers had a good day winning two and drawing two to finish in joint third position. Wakefield Wanderers, last seasons runners up, also finished joint third after one win, two draws and one loss. Bury Relics, still a strong side, finished bottom six points adrift of the Wanderers after only picking up two points with two draws and two defeats and will play in Division 2 in the Autumn league. 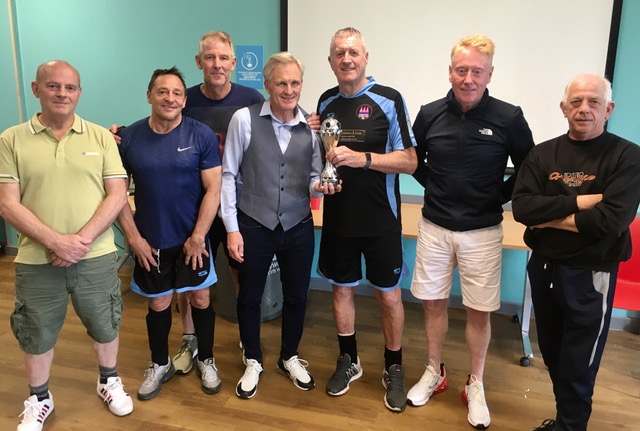 In Division 2 all places remained the same as in the May session. Fleetwood Town Flyers had two wins and two draws, scoring eight goals in the process, and are promoted to Division 1 as Champions. Preston North End Senior Whites are runners up six points behind the Flyers after one win, two draws and a loss.

Blackpool FC Senior Seasiders came third four points behind the Senior Whites. The Seasiders had one win, one draw and two defeats today. Bolton Wanderers Walkers, despite that heavy defeat to Fleetwood, picked up four points with one win, one draw and two defeats. In bottom spot and relegated to Division 3 are Manchester Corinthians Whites who finished two points behind the Bolton side after four draws, three of them 0-0. 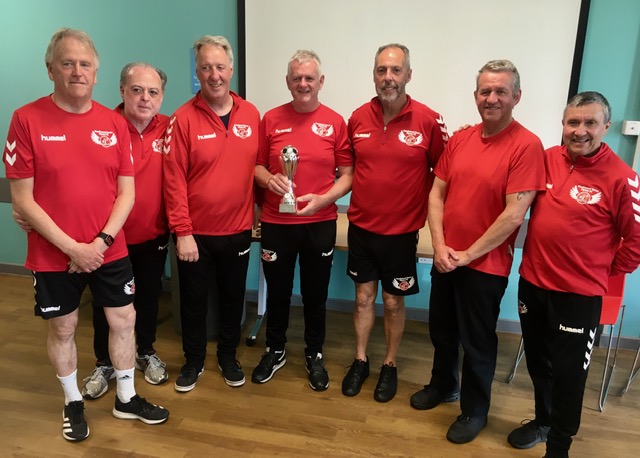 Divisions 3 and 4 were played on 9th June. In Division 3 Carlisle SOA, despite a poor start, gained seven points to become Champions by a nine point margin over second placed Purple Panthers. Carlisle are now in Division 2 after two successive promotions since entering the league. The Panthers won one and lost three today but still edged third placed Rochdale Striders by two points. The Striders won one, drew one and lost two.

Salcom had a good day collecting eight points from two wins and two draws and finished fourth three points behind the Rochdale team. Maccabi Old Codgers had a surprising first fixture win over the Champions Carlise SOA and then had another win and two defeats to finish in bottom spot. 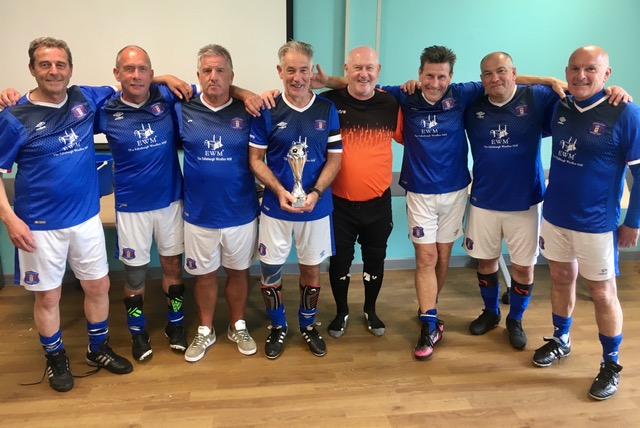 In Division 4 leaders Garstang WFC increased their lead at the top from three points to eight points. They won all their three fixtures today and are worthy Champions. Burnley Clarets lying in third spot in May came runners up with two wins and one defeat.

Moston Brook FC who looked favourites to claim second spot had a disappointing day after a good winning start, which unfortunately was followed by two losses. Their management claimed that indiscipline cost them a trophy today and having watched them they did play some impressive football. Roach Dynamos finished bottom of the table, failing to pick up any points today. 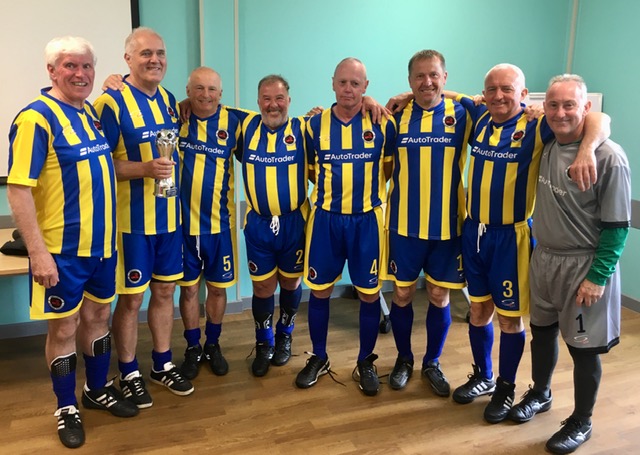 Division 5 was played on the 15th June. May leaders Winstanley Walkers finished the season as Champions of Division 5 by an eight point margin over Wakefield Wanders Whites and Bury Relics. Both Winstanley and Wakefield had one win and two draws.

Bury Relics missed out by a single goal, they had the same points and goal difference as the Wanderers but a goal less on goals for. The Relics, with a player shortage today, drew two and lost one and finished third. Ribble Valley had similar results as the Relics and finished bottom of the table. 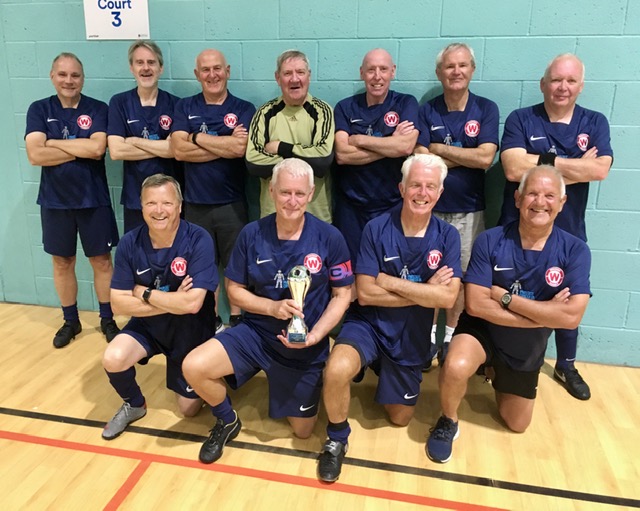 Divisions 1 and 2 were played on 16th June. In Division 1 Manchester Corinthians Reds went into the final session two points ahead of Bury Relics. This head to head was the first fixture in the division and Corinthians took the lead. With a minute left the Relics scored from a deflected shot and the margin was still two points.

The Corinthians then went on to win another two and draw one, while the Relics won two and lost one, giving the Corinthians the title by a three point margin. Rochdale AFC Strollers, bottom of the table in May, had a decent day winning one and drawing three adding six points to their May nine and escaping relegation in the process.

Preston North End Senior Whites won one, drew one and lost two, finishing on the same points as the Strollers but with an inferior goal difference. Manchester Senior Citizens, third in May, had a bad day only picking up one point after one draw and three losses and are relegated to Division 2 for the Autumn league. 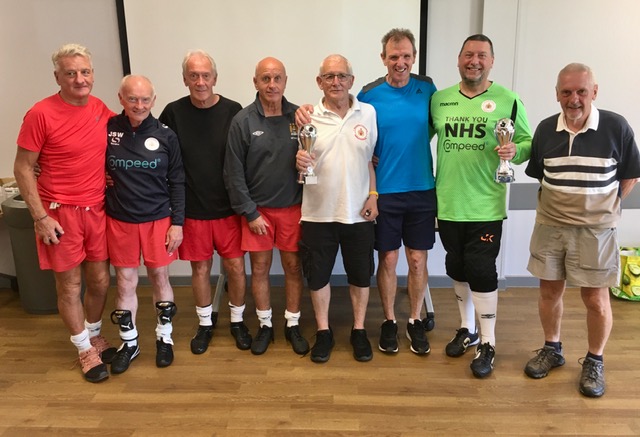 In Division 2 Club Kingsmaid, already Champions after the May session, won one and drew three, finishing the season at the top by a seventeen points margin over second placed and joint runners up Blackpool FC Senior Seasiders and Salcom. Blackpool won two and drew two, while Salcom won one, drew two and lost one.

Fleetwood Town Flyers, second in May could only manage to pick up two points from two draws and two defeats and finished fourth. Purple Panthers drew three and lost one and are relegated to Division 3 for the Autumn league. 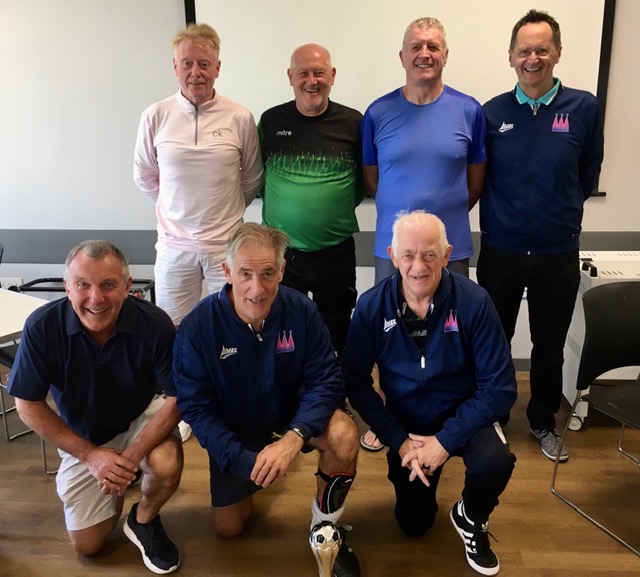 Divisions 3 and 4 were played on 23rd June. Bolton Arena, already leading the Division 3 table by six points increased that to nine points with three wins and one draw. They are now promoted to Division 2. Rochdale Wanderers finished in the runners up spot after winning two, drawing one and losing one.

Third spot went to Moston Brook FC with one win, two draws and one loss. Rochdale Striders escaped relegation by a goal difference of one goal, with Chester Northgate relegated. The Striders had two draws and two defeats, while Chester had the same results. 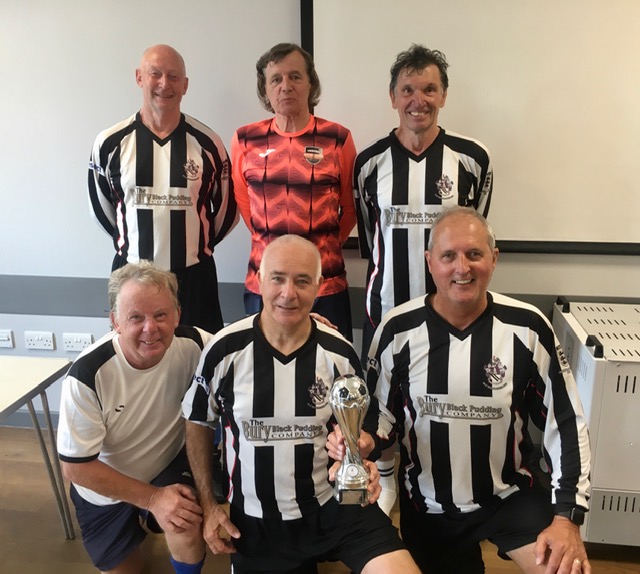 In Division 4 Wakefield Wanderers took the title by a four point margin after one win and two draws. Runners up on goal difference were Manchester Corinthians Whites who had one win, a draw and one defeat. Burnley Clarets were third after three draws and Manchester Senior Citizens prop up the table after only gaining two points today from two draws and one defeat. 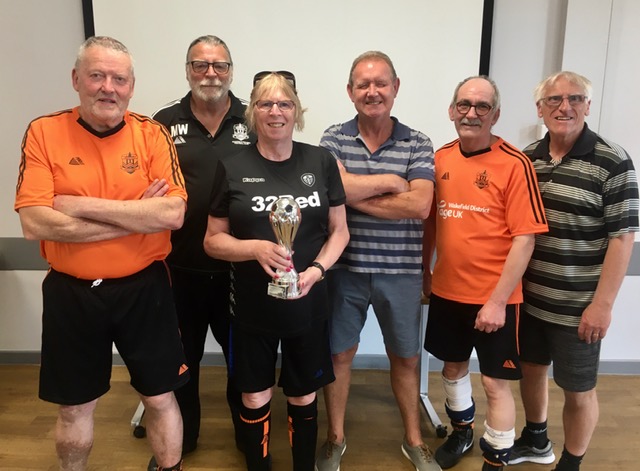 Division 1 was played on 1st June. Unfortunately Manchester Senior Citizens were unable to field a team, so all their opponents on the day were awarded 1-0 wins. Bury Relics, who led Rochdale AFC Strollers by two points in May had a great day collecting ten points and securing the title in style with three wins and a draw.

The Strollers, once a mighty force in the GMWF league and still a good side despite their advancing years, didn’t have a particular good day winning one and drawing three, leaving them as runners up, six points behind the Relics. 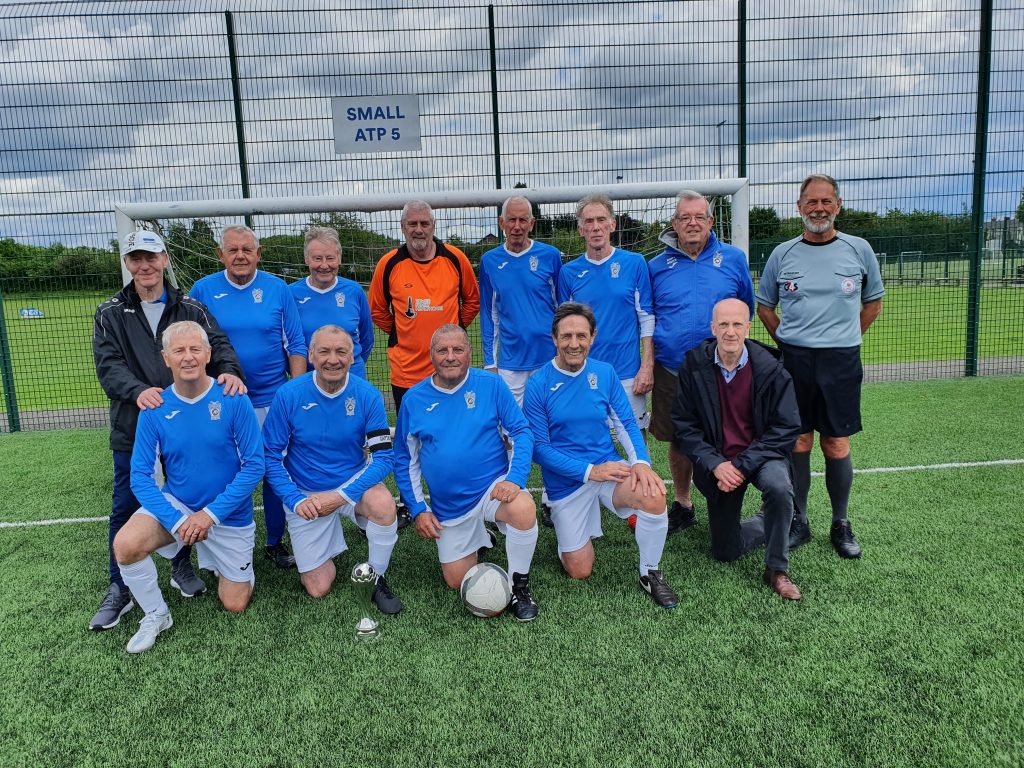 Division 2 was played on 8th June. Tameside Striders Blues who had a one point lead over Manchester Corinthians held on to that lead to become Champions as both teams collected eight points from two wins and two draws today. In fact all table positions remained the same as after the May league session.

Salcom took third spot despite two draws and two defeats. Tameside Striders Stripes are fourth with one win, a draw and two losses. Moston Brook finished bottom of the table, one point behind the Stripes after the same results as the Tameside team. 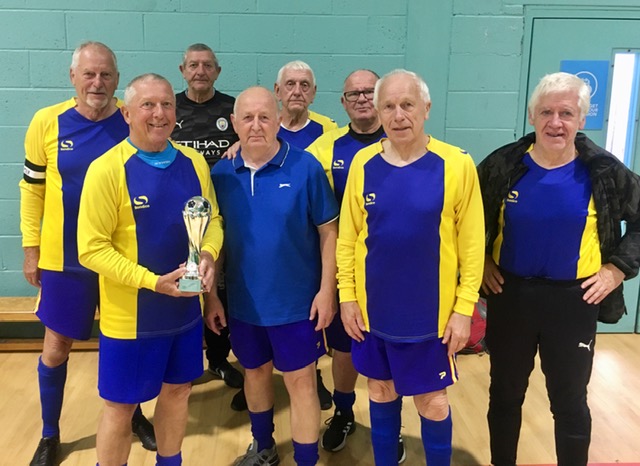 So that’s another successful season completed with fifty two teams over three age categories taking part. Thanks to all who entered and hopefully we will see you all again in the Autumn season starting in September. Thanks also to our excellent band of referees, not many leagues have the quality of referees we have in the GMWFL.

Finally thanks to our Chairman, Paul Gardner, Treasurer and Fixtures Secretary, Steve Colesby, Garry Pearce our Referees Disciplinary and Appointments Secretary and Barry Woodburn who deals with many administrative duties behind the scenes.