Manchester Walking Football Over 65 December 2018 was the fourth and final session of the Autumn league. Players and spectators faced a biting Easterly wind, although the weather was dry with some sun.

With Rochdale AFC Strollers and Mancom having commanding leads in Divisions 1 and 2 respectively, it was more of a battle for second spots in this final league session. In the twenty matches, eleven finished in nil nil draws, with only six goals scored in each division.

In Division 1 Rochdale AFC Strollers only needed one point in this Manchester Walking Football Over 65 December 2018 session to take the title. Their first game versus Tameside Striders finished 0-0, so they were now champions. A further two wins and another draw made their points total for the season thirty eight, with no losses and no goals conceded. Worthy champions without a doubt.

The battle for second place was between Bury Relics, who had a three point lead after the November session, and Chorley FC CT. Bury managed three draws and one loss to add three points to their total. Chorley had a better day with one win and three draws to match Bury’s total of twenty one points. Unfortunately for the Chorley side it just wasn’t enough, Bury finished runners up with a better goal difference of plus one.

In the November session AFC Blackpool Senior Seasiders and Tameside Striders were level on eight points, with the Striders having the better goal difference of one. So it was all to play for to see who would be relegated to Division 2 in the Spring season of 2019. The Striders stepped up to the plate with four nil nil draws. The Seasiders could only manage two draws and two defeats, so that meant relegation for them. Both sides failed to score on the day. During this Autumn season the Seasiders have failed to score a single goal, while the Striders have managed just one goal. It’s fairly obvious where the the problem lies for these two teams.

In Division 2 Man City looked impressive with some dominant football in their fixtures. Trailing Mancom by seven points in November, they added eight points with two wins and two draws, including a draw in the head to head. Mancom managed to add five points to their tally with a win, two draws and the one loss. So Mancom had won the division by a four point margin, with City runners up. 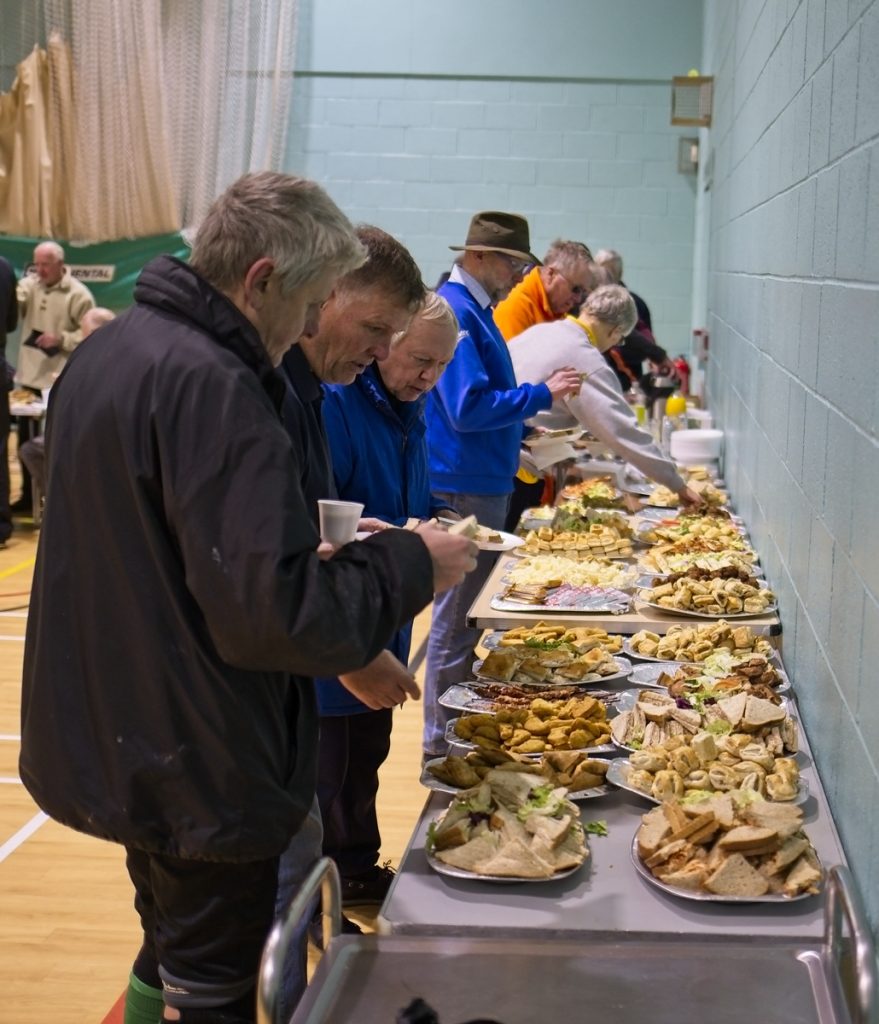 The after match presentation and buffet took place in the Heywood sports hall, and was well attended, despite a couple of teams leaving early. The first award of the Golden Gloves trophy was won by three time winner, the Rochdale AFC keeper, Ron Blakeley, who hasn’t conceded all season. Carl Liddy of Mancom and Barrie George of Man City were closest to Ron with three goals conceded by each of them.

The Golden Boot was a closer affair with Paul O’Neil of Rochdale AFC Strollers and Stuart Sutton of Mancom both on six goals. However Bernard Walker of Man City took the award with seven goals.

Division 2 trophies were awarded to runners up Man City and winners Mancom. Division 1 runners up were Bury Relics and the winners by a massive seventeen points, were Rochdale AFC Strollers.

Once again thanks to our excellent referees on the day, Alan Graham, Garry Pearce and Mike Willmore. We are lucky to have such accomplished officials as reading about the standard of the officials in most leagues and tournaments, they leave a lot to be desired. Thanks also to our new official photographer, David Hirst. Barry Woodburn for his registration duties and Steve Colesby for taking over as our fixtures secretary.

Finally, as always, thanks to Paul Gardner for overseeing the day, organising the buffet and raffle, which raised money for the Stroke Association.

We hope all teams enjoyed this Manchester Walking Football Over 65 December 2018 session and will return for the 2019 Spring season and there is the possibility that we will have a third division of the Over 65’s league.

All photographs are in the GALLERY. The full results and tables are HERE and HERE. We are also on Facebook.