The Martin Dawson Trophy 2019 saw ten teams compete in two groups of five. Five teams from the Greater Manchester Walking Football League and five guest teams made up the ten.

The Trophy final was deadlocked at 0-0 thanks to two impenetrable defences. It went to penalties and Sheffield won the day to be the Martin Dawson Trophy winners for the second year running.

Both Martin Dawson’s wife and his sister, on holiday from Australia, attended and are seen in the trophy presentation photographs below. 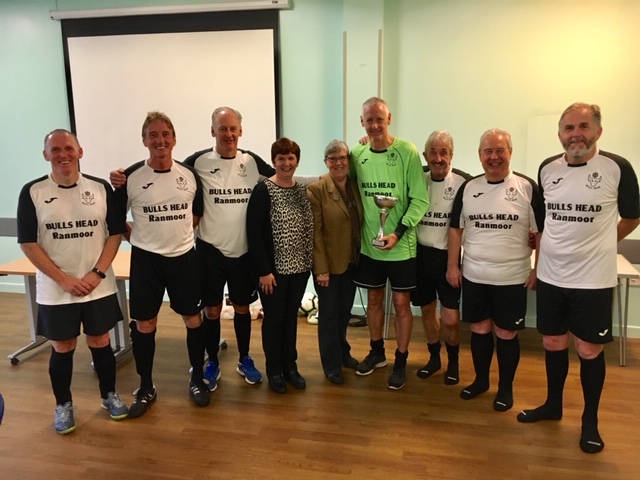 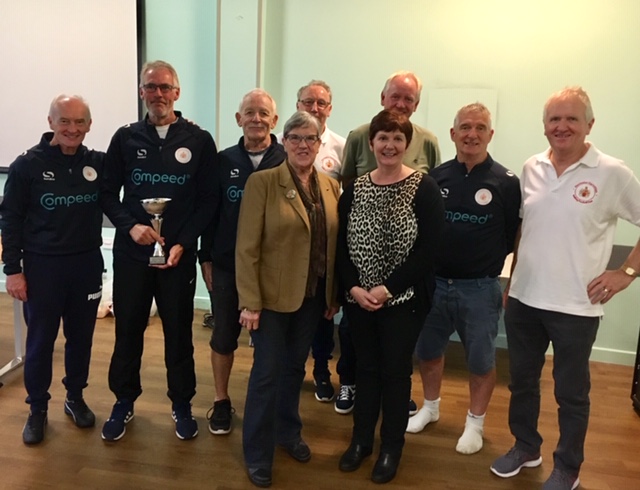 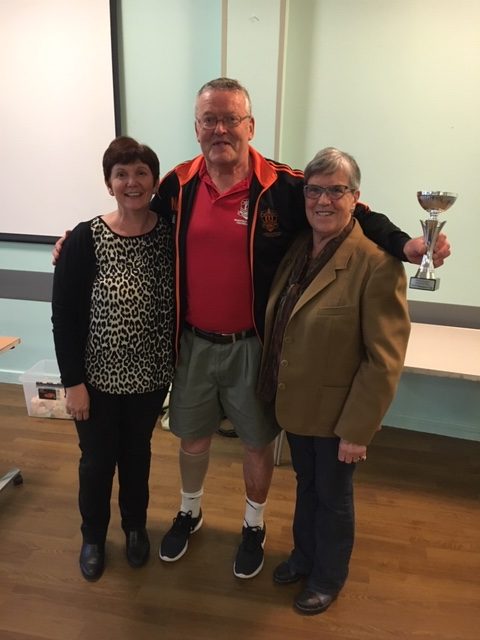 The day proved to be a great success with football played in the correct sporting spirit and was enjoyed by all teams taking part. Some of the testimonials are below.

Thanks to all concerned with organising yesterdays event, and to the referees and the players and managers of all the teams. We thought it was a great afternoon.

In spite of the intense competition, witnessed by the close score-lines in a lot of the league games and in the cup semis and final, there was a great atmosphere all afternoon, no hint of any ‘must win at any cost’ mentality.

Congratulations to Cup winners Sheffield and Plate winners Rochdale but to my mind we all won on the afternoon, well done to all. Apologies for not being able to attend the after match reception (we usually do attend) but unfortunately family duties meant a swift return home was required. We are now looking forward to next years event !!
Regards, Tony Jones, Blackburn Rovers Walking Football

Excellent event Bill and a great time had by all. We scrambled home but Manchester Corinthians were very good and matched us all the way, A big thanks to Paul and the team for making it such a success.
Best wishes, Peter Stacey, Sheffield

Yes, from Halifax Walking Football Club, I would like to echo those sentiments. We really enjoyed it; it was a very well-organised tournament, played in the right spirit. There was some very neat and tidy football played too!
Thanks again, Regards, Paul Stead

I can only echo the comments that have already been made, a fantastic day and many thanks for the invitation.
Kind regards, Ian Cliff, Leeds Titans W.F.C.

Hopefully all ten teams will enter the 2020 Martin Dawson Trophy.