This was the 6th year for this popular annual event, there was no tournament in 2020 due to the Covid pandemic. The tournament continues to grow, we initially had nine teams involved in 2016 and this year we had eighteen teams from all over the North of England.

On another sunny day at Heywood two groups of five teams and two groups of four teams contested the event. Thirteen teams from the Greater Manchester Walking Football League and five guest teams made up the eighteen. 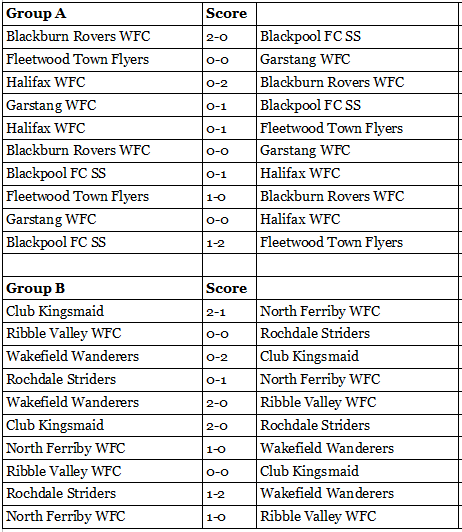 Results Groups A & B 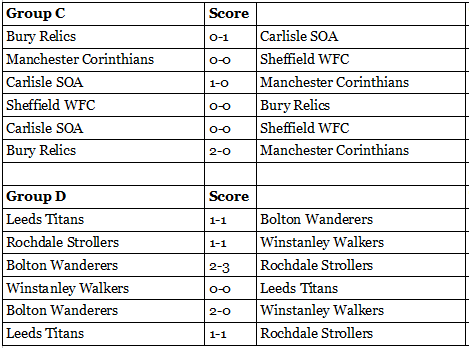 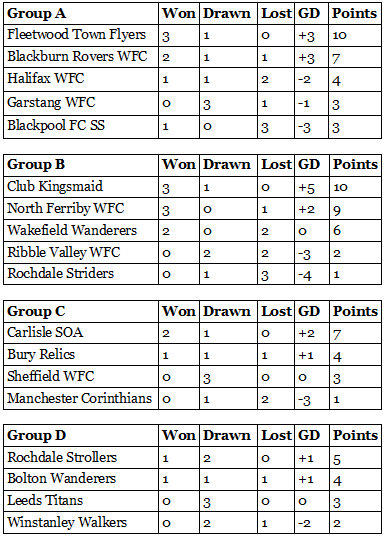 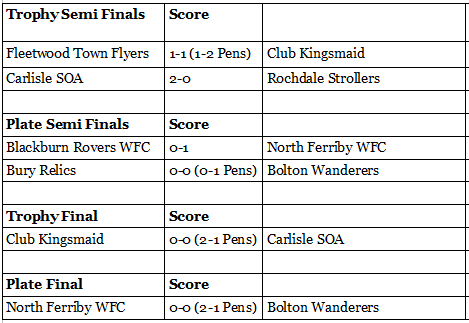 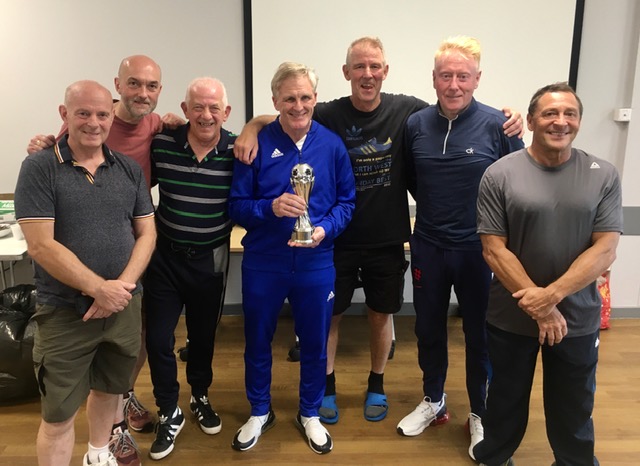 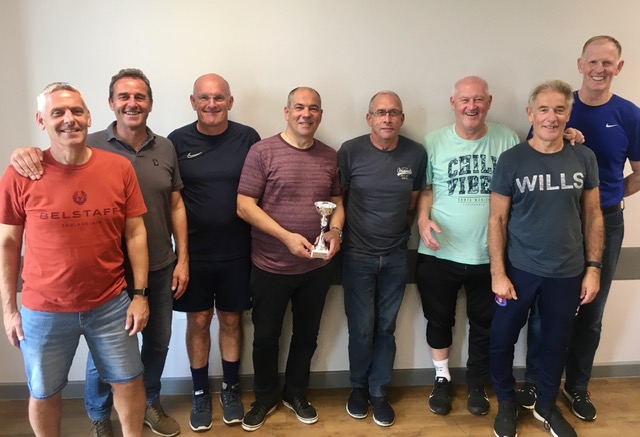 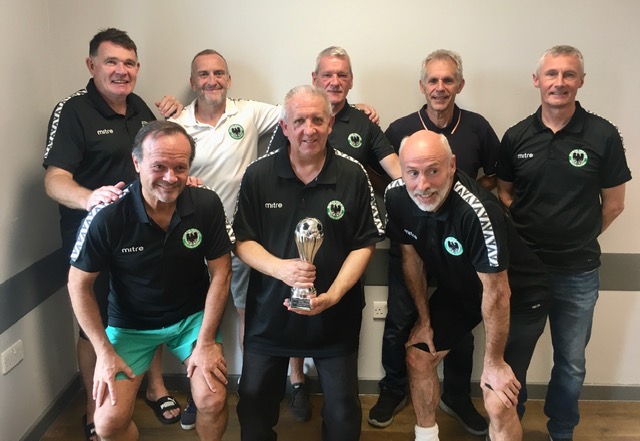 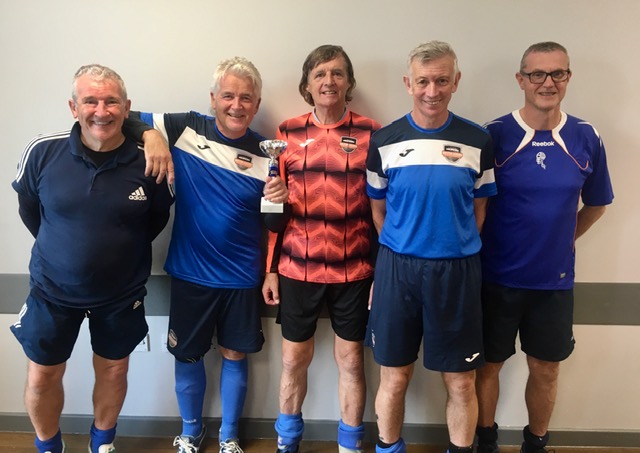 There have been some excellent teams reaching the finals of the annual Martin Dawson Memorial Trophy but no club has a hat trick of wins, can Club Kingsmaid win a third in 2023?

Thanks to our referees today Denis Cudahy, Mick Hill, Matt Howells, Steve Nethercott, Garry Pearce and Mike Willmore. Pie and peas were served prior to the presentation where Martin Dawson’s widow Maureen presented the trophies. A raffle was held in aid of the Stroke Association which raised £140.