Early in 2020 the FA were looking for a number of case studies that showcase the positive impact walking football has had on its participants. They were looking to generate real life case studies in the following areas:

We received a number of case studies and although they weren’t used by the FA, they are published on here.


**********
From Dave Roberts (Blackpool FC Senior Seasiders) Age 61
There is no doubt to me that becoming involved in walking football has given me a huge boost in my life, improving both my mental and physical health and rediscovering the joys of football playing, banter and camaraderie. After working in the Civil Service for 44 years I retired in 2018 and although I had some ideas of what I wanted to do next, I felt a bit lost and then started to suffer from anxiety and panic attacks causing a loss in confidence. I came across advertising for Senior Seasiders walking football, and wondered if I should try it. I had been a five a side player for many years and only had to stop playing in 2004 due to recurring injuries and then sulked for several months as a result! 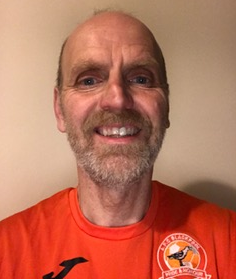 I needn’t have worried as from day one I was made welcome by everyone there and felt totally at home within this excellent well run club. When playing I got to feel less than half my age, although my body often lets me know my real age later! I have enjoyed all aspects of the club, from socially chatting amongst the group as we warm up, to the games themselves and the post match brew.

It has helped immeasurably in regaining my confidence and also by playing up to 3 games per week my fitness has also improved.

I have also enjoyed being a regular player for the over 60s Senior Seasiders team playing at Heywood and realise what a great lease of life we are all having in this brilliant competition.

Another side benefit has been that with Blackpool FC Community Trust’s involvement with the walking football club has also led to me to attend some of the other sports based sessions for older people that they host such as ‘sporting memories’ and also in conjunction with the NHS, they ran a highly useful ‘stress control course’. 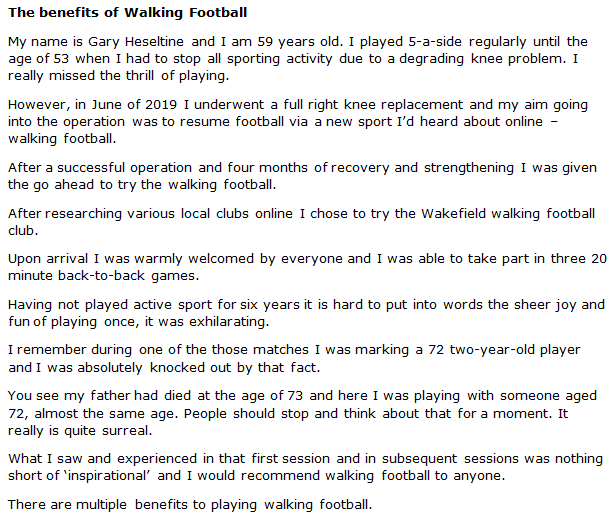 **********
From Mick Tarpey (Manchester Corinthians) Age 63
When I stopped playing 11 a side football at the age of 44 never did I think I would be able to enjoy the pleasure I got from it again, that’s until I found Walking football, what a joy it’s been both for my physical health and my mental health.

It’s given me a new lease of life with all those old feelings back, the competition, the friendship, the challenge, being involved in a team sport that I love again.

All in all it’s positive all around, I’m lucky enough to be involved with a good team, Manchester Corinthians, who play in an excellent league, the Greater Manchester Walking Football League, which provides great facilities, great competition and really good refereeing, which makes participating even more of an enjoyment.

Walking Football is a fantastic pastime which I would strongly recommend to anyone for your health and well being, also a good social side and a great opportunity to make new mates. 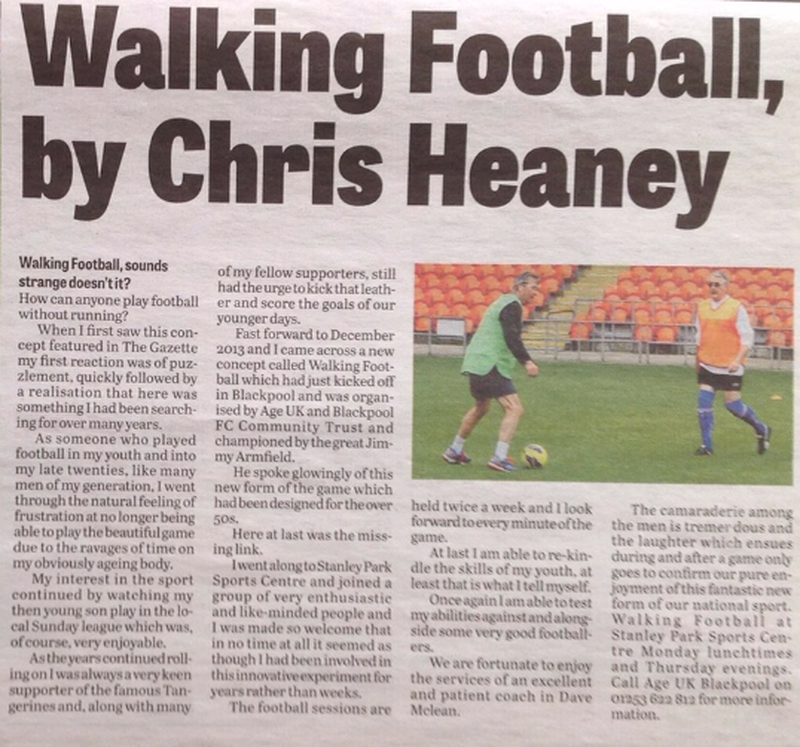 **********
From Kevin Williams (Manchester Corinthians) Age 62
It’s rather ironic that I should be asked to contribute to a study of ‘real life benefits’ at a time when ‘real life’ has been abruptly postponed by the pandemic named Coronavirus or COVID-19. The enforced abstention from the majority of our normal lives has highlighted just what a charmed existence some of us enjoyed.

The discovery of Walking Football for me – and seemingly thousands of others – came about by sheer good fortune. A lifelong friend of mine and I were walking in the South Lancashire hills one Monday morning and once again discussed the probable waste of our time that venturing to a game would entail. However, for some reason we decided to attend Rochdale Sports Centre that very Thursday to at least give it a go. We had nothing to lose but a little time. After just one six minute practice match, we walked off the picture scarcely able to believe our good fortune – we had our beautiful game back. 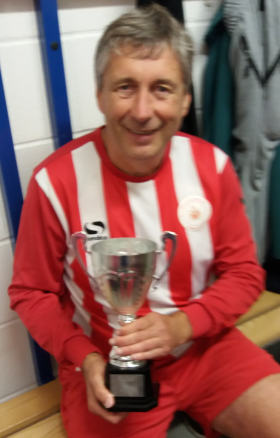 All of the frustration at having to retire from our – admittedly fairly modest – careers in the amateur game disappeared in those six minutes. We were hooked…again. Since that day in 2015, I have trained and played and socialised and enjoyed the dressing room banter hundreds of times.

Physically, I am fitter than I was at 40. Admittedly I was driving around the UK, sitting at endless meetings and working 14-16 hour days on occasion. There was never any time [or strength] to go training or keeping fit. Now I had time on my hands I used it well.

I could play every game at any tournament or league fixture if required – and always offer to take someone’s place if they need a breather. My reflexes are sharper than for a long time – and not just physically; you need a sharp mind in those dressing rooms!

Mentally I am in a better place by far thanks to the new friends I have made in Walking Football; there are some great lads [and girls] enjoying it just as I am. I can honestly say that this has opened up a whole new world in which I can socialise, exchange views, share a joke both in person [I can be at football 4 or 5 times a week depending on the fixture lists] or online.

Before this opportunity came along I would spend too much time alone, despite my willingness to take up hobbies. Not everybody sees the benefits of being busy, but believe me there are many. Now, I sometimes find myself looking for a spare hour to read my newspaper in peace!

An added bonus has come about in that I am now also playing with some old team mates from 30-40 years ago; we never lost touch but as we are of a similar age group we can once again be part of the same team. If you had told me this would be happening even 6 years ago, I would have laughed. Now, it is a huge part of my life.

Sadly, it has been curtailed for the immediate future, and we can only hope that everyone we know survives this dreadful virus and that when football recommences – and society for that matter – we will once be lining up with, and against, the new friends we have made.
As a 62 year old man, hopefully with plenty of years ahead of him, I can only hope.


**********
From Jan Taylor (Wakefield Wanderers) Age 58
I’m a retired 58year old widow. In my early twenties I played football and rugby but my love was hockey and I decided to concentrate on that. After losing my husband I decided to retire, with time on my hands I joined the local gym. I had no pleasure going there, nobody spoke and I started to feel very sad and depressed.

I’m a very social person, like a laugh but going to the gym did nothing for me. Last year I was reading the local paper and read a story about Wakefield Walking Football. I thought maybe I could call in and have a look round. On the third time sitting outside thinking I can do this I took a deep breath and walked in the building to be met by a lovely good morning are you new. I was introduced to a wonderful man called Niall who made me feel so welcome, he even asked have you any kit with you, if so get changed and I’ll introduce you to the others.

After been introduced we picked teams and of we went, it was brilliant. Wakefield WFC has changed my life, not only have I lost over a stone, I feel great. I was pulled up for running the other week, I was rather pleased because two months ago I couldn’t run.

I would recommend walking football to anybody for its health benefits and social benefits no matter how old or how good you are we all come together as a team.


**********
From Steve Hyde (Blackpool Senior Seasiders) Age 66
“Would you help us out with a little football project for older men, Steve”. Why did I not realise how those few words were about to change the past 6 years of my life. So 30 years after retiring from the game (and 10 years after recovering from a quadruple heart by-pass) I lined up in goals, at Blackpool Sports Centre, with the legend that is Jimmy Armfield as my full back. How cool is that?

Sessions were led by the Blackpool FC Community Trust Team and funded through a “Fit as a Fiddle” Age UK charity. A group of disparate men gathered to re-discover all the silky skills that they had forgotten existed. Aged between 55 and 80 with a myriad of illnesses, injuries and abilities it was apparent early on that we had something special happening. Some overweight, some with dementia, others who COULD only walk and others who took longer to get up than to fall over in the first place. An enjoyable part of the session was the ‘brewroom’ after the hour of football. Memories, shaggy stories, bad jokes and life experiences were shared by all. Reliving games played, watched, refereed and coached (more than often badly). 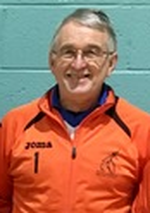 Question – Would we enter a team in the Glossop “Matt Le Tissier” Trophy competition in honour of England’s most famous walking footballer? Answer – a resounding yes. We didn’t win but met a multitude of fellow WF’ers from across the north of England. We were proud to be wearing the famous tangerine colours of Lancashire’s premier football team. Something was stirring in the nation. We travelled to Oswestry and Manchester and then to Heywood to help start the wonderful Greater Manchester Walking Football League set-up. The Blackpool Senior Seasiders were born.

Success on the field included 3 appearances in the now defunct EFL Trophy. Runners Up, Winners and losing semi-finalist (after a 32 penalty shoot out at Aston Villa, without conceding a goal in our 6 matches). But the success of the project can not be measured in trophies and medals. It is the camaraderie, the return to fitness, the helping out of others using life learned skills and the sheer good fun that is enjoyed.

New mates have been made, going on holidays together and having meals out. A large part of our club is the involvement of partners and family as well. Our 3rd trip to Spain (to play football of course) has sadly just been cancelled. 20 very disappointed travellers are now gearing up for 2021 instead.

I don’t think it is an over exaggeration that Walking Football has been a life saver for many people, staving off old age, depression and illness. We have created a monster! Long may it flourish.