Unfortunately the Martin Dawson Trophy 2017 was beaten by the atrocious weather yesterday at the Heywood Sports Village. What promised to be a great day’s walking football with teams from far and wide ended in a washout with torrential downpours.

First of all a massive thanks to the teams who travelled from the West Midlands, Sheffield, Wakefield, Huddersfield and the Fylde Coast to take part in the Martin Dawson Trophy 2017. With our more local teams it made twelve teams in two divisions.

The round robin divisional format saw some impressive football with a total of 42 goals scored in the 30 games played. 17 goals were scored in Division A, 9 by the impressive Wakefield Wanderers Orange. In Division B the majority of the 25 goals scored were shared by Blackburn Rovers WF with 8, Huddersfield Town with 7 and Sheffield Vulcans with 6. 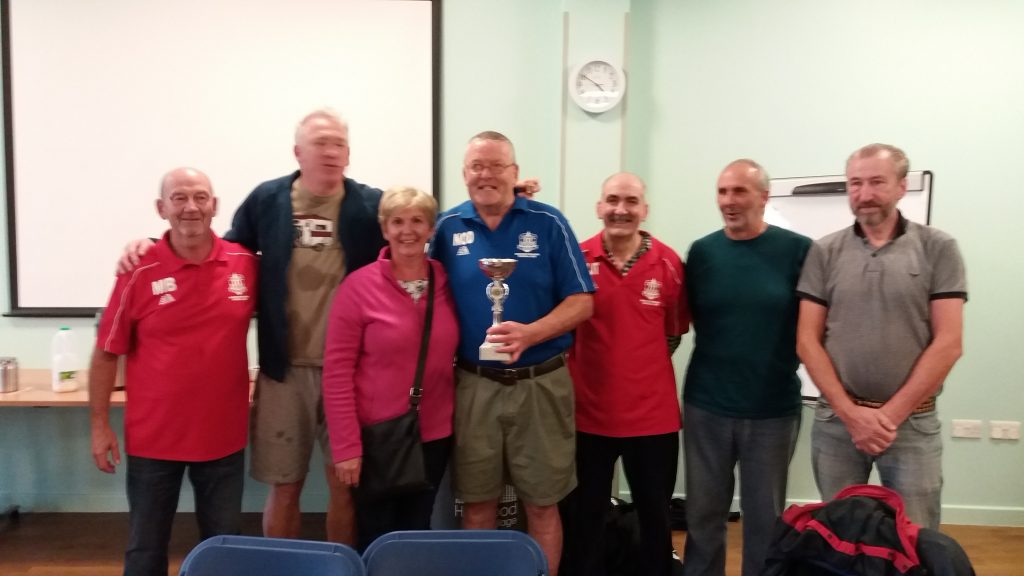 Division B was more competitive with both Blackburn Rovers WF and Sheffield Vulcans gaining 11 points, Blackburn just edging it with a better goal difference of +7 to Sheffield’s +5. Huddersfield Town, with a bare squad of six players, had a creditable 10 points. AFC Blackpool Senior Seasiders had 4 points, Rochdale Striders also had 4 points and Fleetwood Town Flyers had 1 point. 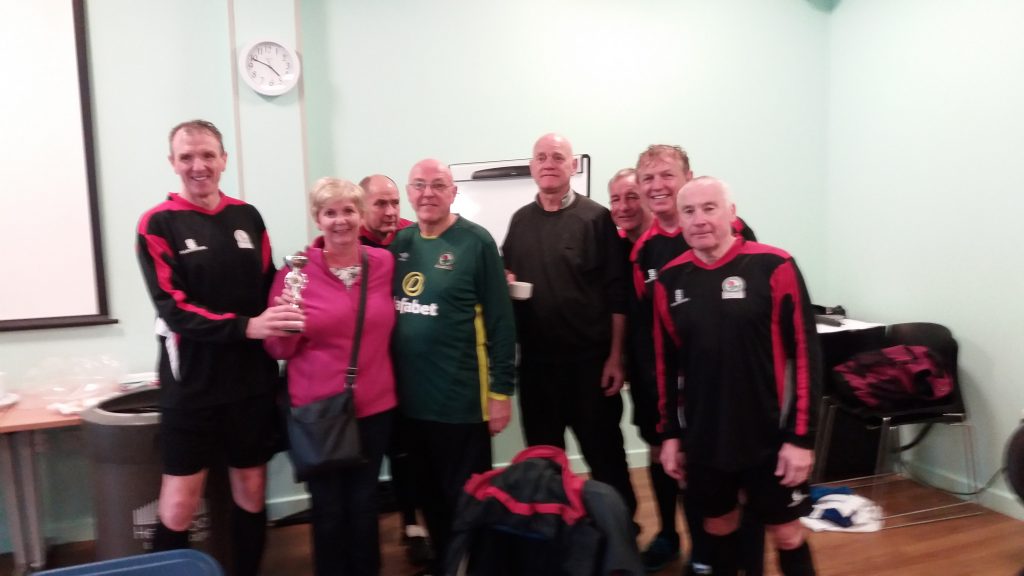 Maureen Dawson With The Blackburn Rovers WF Team, Runners Up In The Martin Dawson Memorial Trophy 2017

The semi-finals, beaten by the downpour, would have seen Blackburn Rovers WF versus Rochdale AFC Strollers and Wakefield Wanderers Orange versus Sheffield Vulcans. It’s pure speculation as to who would have contested the final as all four teams were impressive on the day.

As it turned out we felt the only option open to us was to choose the winners with the most points in the round robin divisional games. Runners up were Blackburn Rovers WF and the winners were Wakefield Wanderers Orange who retained their trophy after winning in 2016.

Once again a big thanks to our four excellent referees, Frank Bergin, Alan Graham, Matt Howells and Mike Willmore. Also to Paul Gardner and his team for the venue organisation and catering.

We hope all teams enjoyed the day, apart from the weather and will return next year, hopefully under better conditions.

The ever growing Greater Manchester Walking Football Over 60’s League starts the second session of the Autumn season on the 6th October, report on the September session is HERE or see our FA Full Time website HERE.

Finally, feel free to leave a comment below on the Martin Dawson Trophy 2017 days events.