The Martin Dawson Trophy 2018 saw a little chaos descend on the event. An incident on the M62 caused some of the travelling teams from Yorkshire and Lincolnshire to arrive late. A normal one and a half hour journey for the Grimsby Corinthians team turned into a four hour journey, making them an hour late for the start of the competition.

The 13:00 kick off meant we were three teams and one referee short, not a great start to the day. However with a little juggling, the fixtures were eventually completed. After last years deluge, which brought the football to an early close, at least we got away with a few small showers. 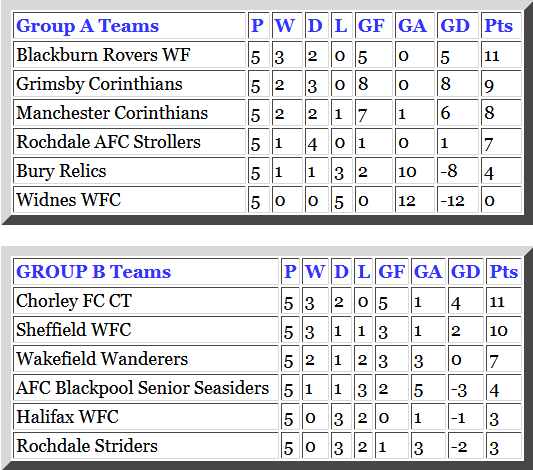 During the days events in the Martin Dawson Trophy 2018 some excellent football was on show, with many strong teams competing.

The semi finals were contested by Group A winners, Blackburn Rovers WF and Group B runners up Sheffield WFC. Group B winners Chorley FC CT and Group A runners up Grimsby Corinthians were the other semi finalists.

It turned out that both the groups runners up came through the semi finals with 1-0 victories over the groups winners. 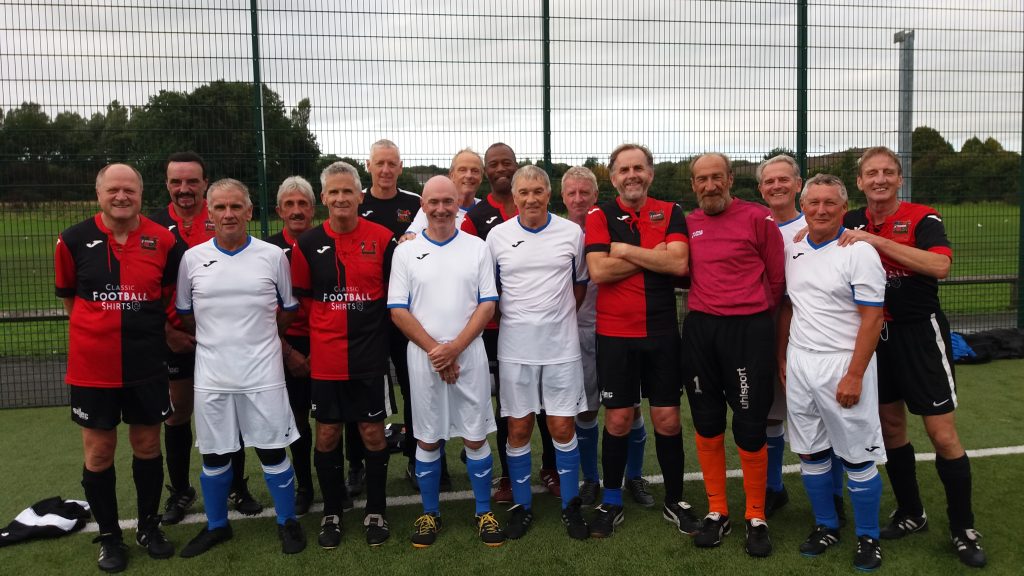 The final of the Martin Dawson Trophy 2018 was between Grimsby Corinthians and Sheffield WFC. It could have gone either way but a great strike from the Sheffield player made them the trophy winners with a 1-0 victory.

Some photographs of the action, courtesy of Alan Richards can be viewed HERE.

Martin Dawson’s widow, son and grandsons were present at the presentation and awarded the trophies to the eventual winners. First up was Paul Stead of Halifax WFC who were awarded the Fair Play Trophy for their excellent sportsmanship and example of how walking football should be played. 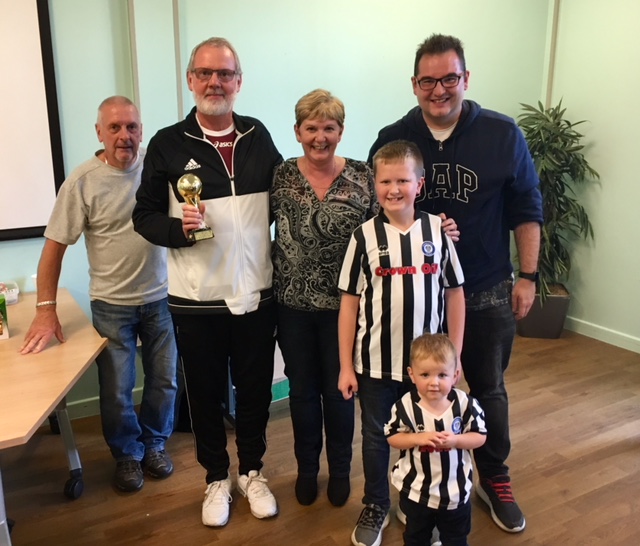 The Runners Up trophy was awarded to Grimsby Corinthians, who narrowly lost the final. Sheffield WFC received the winners trophy after their 1-0 victory. 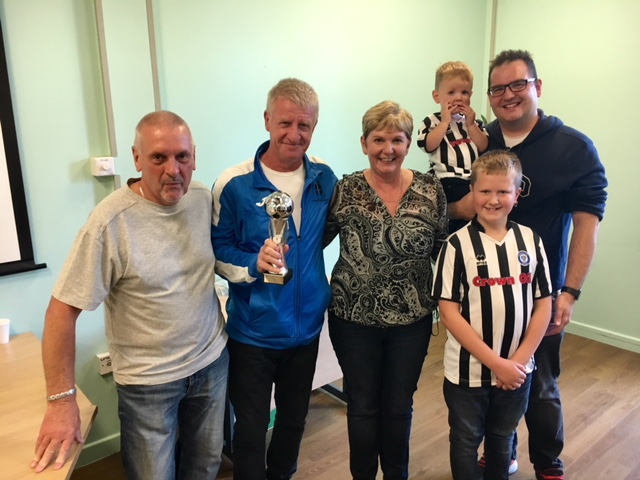 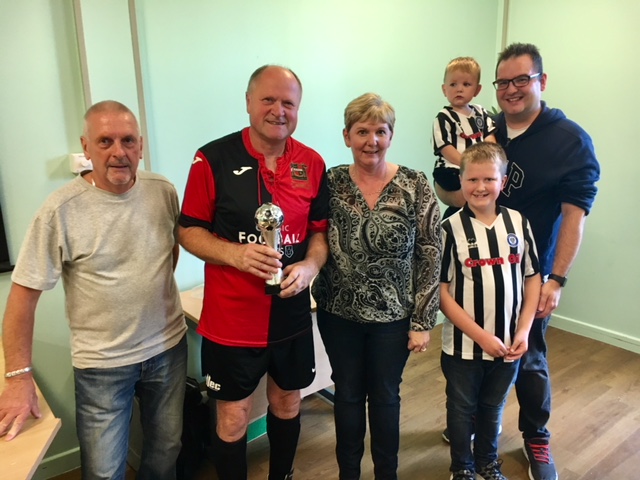 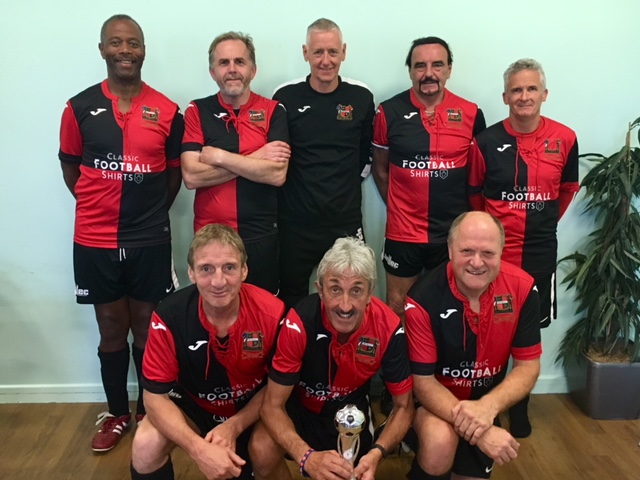 We cannot finish without a word of thanks to our excellent referees, Alan Graham, Matt Howells and Garry Pearce. Mick Hill stood in for Mike Willmore who was unavailable and what a terrific job he did. Mick gave an excellent performance and it shows why he is in big demand for his officiating skills. A great pity you don’t live locally Mick.

Finally, thanks to Barry Woodburn for his registration duties, helped by Matt Howells on this occasion, and for running the raffle which raised over £100 for the Strike Association. Also Paul Gardner for hosting the event and organising the buffet. Sadly, a couple of teams left before the presentation but otherwise it was well attended.

If you enjoyed the occasion or have any complaints you can make a comment below. We are also on Facebook.