Manchester Walking Football 2018 promises to be even better than our inaugural year in 2017. We were pioneers, having formed the first Over 60’s League in the country in late 2016. We are continuing to lead the way with an Over 65’s League and Over 70’s Cup Tournaments in 2018.

Our vision that age categorisation in walking football was long overdue came to fruition and proved that the demand was there for the older walking footballer. In 2017 the league grew from eight teams in two divisions to fifteen teams in three divisions. The Spring and Autumn 2017 leagues were played mainly in a friendly but competitive way with very few disciplinary problems, long may that continue.

Running, which is and probably always will be a contentious problem, still needs to addressed, and we are determined that it will be, as a number of rule changes testify. Over physical contact in a league playing to the WFA Non Contact rules is another problem we have been looking at and again the new rules hopefully will eradicate this stigma on the game. The last thing we all want is any serious injury to one of our players.

Manchester Walking Football 2018 sees us starting an Over 65’s league and looking back on an old post and the comments on it in February 2017, this was inevitable.

Once again the demand is there, as two divisions of five teams already committed proves. Manchester Walking Football 2018 also sees us starting two Over 70’s Cup Tournaments and it’s only a matter of time, possibly in 2019 or 2020, before we start an Over 70’s league.

The Greater Manchester Walking Football League has a long standing reputation for excellent refereeing and we are pleased to announce a new official to our ranks. A big welcome to Garry Pearce, who has been involved in junior football for over twenty five years. A dedicated football man, Garry also played in goals for Nash Amblers in the GMWF League but a serious shoulder injury seems to have put paid to his further participation for that team.

We also have of course our annual Martin Dawson Memorial Trophy for the over 60’s in September. This year sees us starting a Footgolf League. The inaugural Rochdale Footgolf Open in August 2017 was very well received with teams from Rochdale AFC Strollers, Rochdale Striders and Vintage Celtic taking part. 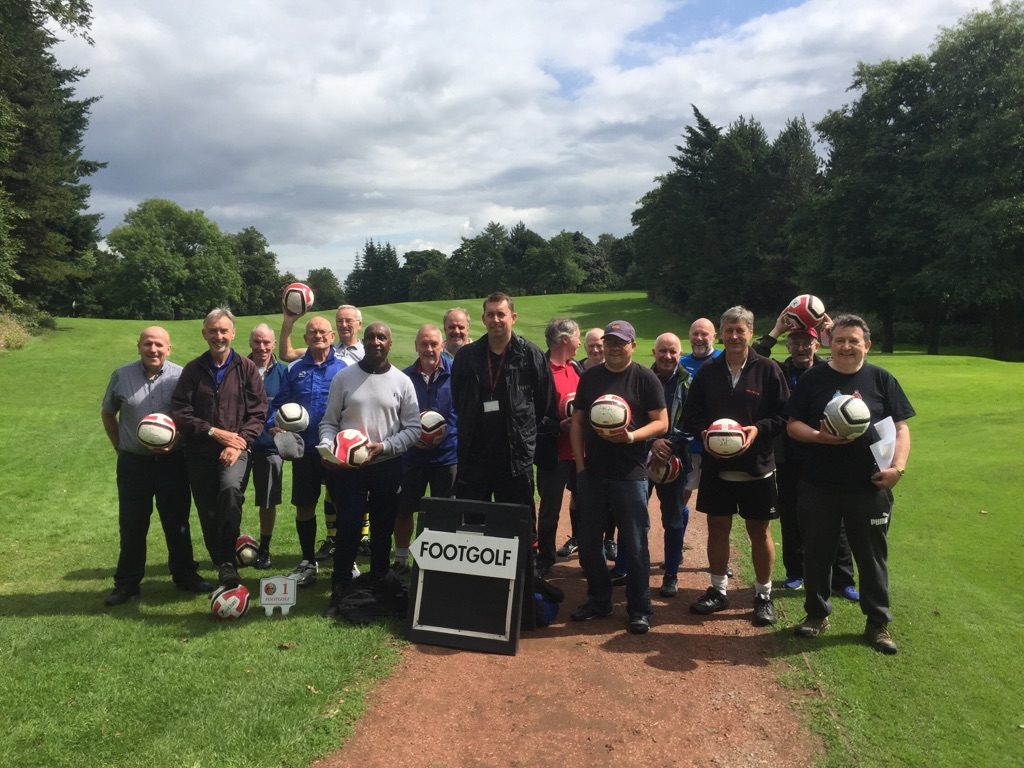 This growing sport should appeal to any footballer and is a game of accuracy and skill. Details are yet to be confirmed but we expect the league to start in April and be played on one Friday every month until July. The final session in July will finish with a presentation and buffet. The maximum numbers will be nine teams of four players and the cost is very reasonable at £5 per player per session. When details are finalised all teams in the league will be offered the chance to enter.

We have plenty to offer the older walking footballer in 2018, so let’s make it as successful as 2017 was.